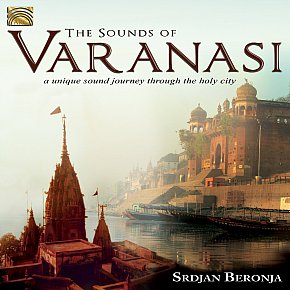 Given the stealthy return of concept albums in rock, we welcome this entry from world music where -- if the title suggests people bellowing in your ear, taxi horns honking incessantly and smiling man asking "Where are you from?" -- the subtitle is more telling: A Unique Sound Journey Through the Holy City. Serbian percussionist/composer Beronja -- who adopted Varanasi as his... > Read more 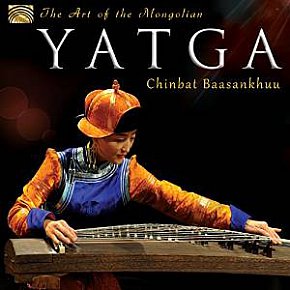 For those who haven't been paying attention, the Mongolian yatga is like a cross-border cousin to the Korean gayageum, Japanese koto and Chinese gu-zheng. We're joking of course. You're allowed to say, "Wow, who knew?" So let's be clearer: The yatga is a plucked, 13 or 21-string instrument played horizontally and it's extremely large. And rarely heard outside... > Read more

This excitingly exotic Arabic music by Tunisian percussionist Alibi has is given an effectively capacious production in a French studio and some dramatic orchestration by composer/keyboard player Stephane Puech (Bounawara). Elsewhere, the great Emel Mathlouthi offers a guest vocal on the widescreen and oceanic surges of Maknassy, a piece which will have you catching your... > Read more 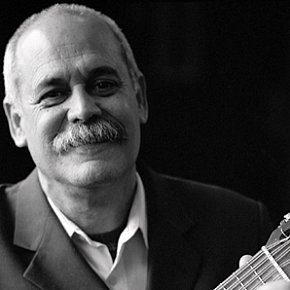 Anyone who has tried to translate between different languages knows the difficulties: it's not just vocabulary but nuance, idioms, inflection and humour which can get lost somewhere along the way. And in the case of speaking with Barbarito Torres of the Orquesta Buena Vista Social Club for Elsewhere, Wellington-based Rosina van der Aa says there was... > Read more Because Elsewhere has a long established reputation as the only New Zealand outlet/website which regularly addresses and interviews world music artists -- so is a Womad all year round while others amble away until the March event -- we're going to flatter ourselves a little (and embarrass casually interested media) by suggesting many of the acts on this scattergun compilation should be familiar... > Read more 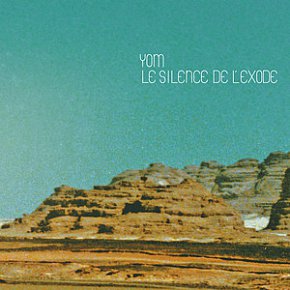 This emotionally engaging and often spiritually elevating album is an engrossing journey in music through myth, mystery and landscapes in the crescent between Eastern Europe and North Africa. French clarinetist Yom trained in Jewish klezmer traditions although in the past five years he has explored electronics with his group, the marvelously named Wonder Rabbis. But this... > Read more 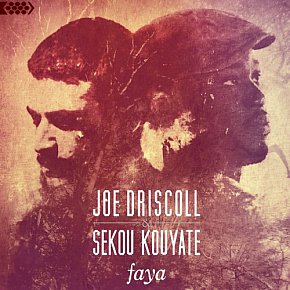 Talk about your global village . . .  Joe Driscoll is a US-born UK-resident who raps, loops, does beatbox and comes from somewhere between flat-tack folk and hip-hop. Sekou Kouyate from Guinea plays electric kora (in France he's been called “the Jimi Hendrix of the kora”) and has been in Ba Cissoko's band. And in the best meeting of musical minds, neither speaks the... > Read more 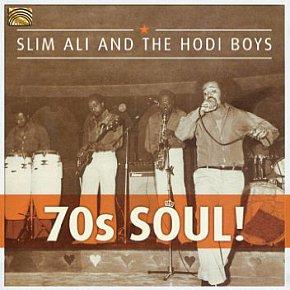 This interesting collection proves that sometimes the frontman is the least of it. Here it is all about the band.  In the late Sixties, Slim Hodi from Mombassa adopted the soulful style Otis Redding, Al Green and Percy Sledge and had a decent career playing in clubs and hotel lounges across the Middle East and North Africa and ended up in Kenya. There he hooked up again with... > Read more 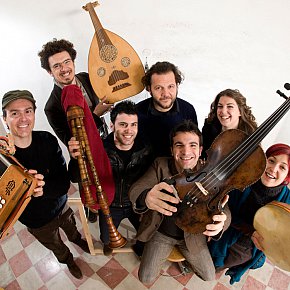 Mauro Durante of the southern Italian band of the Canzoniere Grecanico Salentino laughs about the problem the group has, but also how they rise above it. “Many of our songs are written in Salentino which is the dialect we speak in this area but some are Grecanico which is an ancient greek dialect related to the byzantine period we had in this area. And there are some songs in... > Read more Bridget Kearney, the acoustic bassist and songwriter in Boston's Lake Street Dive, says they have taken the tortoise approach to a career. “It's been a slow crawl,” she says, “but about two years ago – after eight year of casual playing together – we thought we should give it a real go. So we quit our other jobs and bands and made it our first... > Read more At Elsewhere we've observed as recently as earlier this year -- in a review regarding the Taranaki Womad -- how much festival-programmed "world music" has become just percussion-based dance to get people on their feet . . . with the inevitable fall-back position to a reggae rhythm. Never fails to appeal and appease, but increasingly does not impress. I've never thought... > Read more The Rough Guide series isn't exactly repeating itself, but seven years ago they did put out a compilation under exactly this name.  Times change of course, although some of the same names appear here, a couple of them (Nuru Kane, Ali Farka Toure) now much better known than they were back then. And on that earlier comp some of the African artists were "introduced" by a... > Read more Longtime Elsewhere readers will know that we here always keep our ears on what the rest of the planet is doing . . . hence our longstanding World Music pages where international albums are reviewed, artists are interviewed and introduced. And Womad always gets a very good showing. So here as a readers' service we present to you an introduction to the... > Read more When the Khmer Rouge acted out John Lennon's Imagine ("no heaven, no possessions, no religion" etc) and undertook mass murder and driving the country back to primitive, agrarian times among the many millions killed were musicians. That their music survived at all during those purges of people and possessions is akin to a miracle. But somehow recordings of artists in the Sixties... > Read more The decade-long civil war in Sierra Leone (which ended in 2002) made many people refugees, among them the musicians who formed the Refugee All Stars in 2004. They had a wonderful documentary made about them in 2005 (see the clip below) and have recorded occasionally since their debut album Living Like a Refugee in 2006. This fourth album effortlessly pushes together Afro-shuffle... > Read more While many international music writers closer to the artists have been finding new hyperboles to acclaim the gifted young kora player Sidiki Diabate alongside his father Toumani (an accepted genius, the pre-eminent kora player of our time and a griot with about seven centuries behind him), there's a dissenting opinion which comes from a distance and just takes this CD as it finds it.... > Read more This catch-all compilation is thoroughly enjoyable if a little MOR but, especially for anyone who has traveled in the broad region covered, these pieces with their dramatic strings, pattering percussion, horns and soaring vocals will evoke exotically shabby backstreets and rowdy markets, and days and nights when distant music rolled across rooftops. Any such collection is a superficial... > Read more The kora player/singer Maher Cissoko is a Senegalese griot who ended up in The Gambia (after his father “threw him out of the house”, according the liner notes), then moved on to Germany and finally went on to Stockholm where he studied music.  His wife, multi-instrumentalist and singer Sousou – who grew up in unbelievable spacious southern Sweden – studied kora... > Read more Ana Alcaide from Spain certainly has an interesting story. She plays the Swedish nyckelharpa which she first encountered on a biology scholarship in Lund. She was so attracted to the instrument – it's like a very very large fretted viola – she later busked in Toledo playing it. Her previous album was the excellent La Cantiga del Fuego of 18 months ago and its... > Read more This is very much a game of two halves for the self-taught guitarist Karim Baggili who is Belgian-born and of Jordanian background. And ironically it is the material with the superb Trio Joubran which comes up short as Baggili explores the oud music which has always been a part of his life. The five pieces with the oud-playing Trio Joubran are politely impressionistic... > Read more