THE DAY LINE-UP FOR WOMAD 2020: The world in your own backyard

And here we go with the day to day schedule of artists coming to Womad Taranaki in March. . .  You should also have a look at our previous post which introduces the artists by way of words and video clips. That is here.  For more details on Womad (ticketing, site maps and such) check their website here. > Read more

The magical and mercurial sound of the kora – a 21-string instrument from West Africa has become familiar on the Womad circuit in the past few decades and names like Toumani Diabate, Seckou Keita would be familiar enough to readers on Elsewhere. In early 2019 we also introduced singer/kora player Sona Jobarteh, one of the few women players. In 1979 Folkways Records... > Read more

Recently someone posted a link on Facebook to this You Tube piece entitled The Best Guitar Music Today is Coming From the Sahara Desert. Regular readers of Elsewhere would have known that a long time ago as we have frequently written about Etran Finatawa, Tinariwen, Tamikrest, Terakaft, Malouma and many others. But there was, of course, music by the Tuareg people of the sub-Sahara long... > Read more

Although Bob Marley is rightly described as the first Third World Superstar and was a triple threat (respectively, a religious, musical and political figurehead for Rastafarianism, reggae music and disenfranchised people everywhere), there were others who preceded him and brought attention to a musical genre beyond pop, rock and jazz. We need only think of Cuban jazz players like... > Read more

My Experience on the Reeperbahn

Scottish guitarist Simon Thacker has appeared a few times at Elsewhere and we have always been pleased to draw your attention to him, and proud too that we reviewed his last project with his Svara-Kanti group very soon after it came out . . . and it went on to win universal acclaim and not a few awards. Thacker is a cross-genre artist who has studied classical and flamenco guitar but his... > Read more

Elsewhere has written about Tinariwen so often that we will come at this new album from another angle. The title apparently means “the unknown visitor” in their Tamashek language, but the visitors on this, their eighth album, are probably quite well known to our readers: Warren Ellis of Dirty Three/Bad Seeds appears on fiddle on five of the 13 pieces here and guitarists... > Read more

And here we come again, the music world arriving in Taranaki in March next year for three days of sound, vision, crafts, dance, food, words and so much more. As regular readers of these pages know, Elsewhere has always shone the spotlight on what we call "world music" (see here) so are pleased to bring you this rundown of the acts schedlued for New Plymouth's annual festival.... > Read more

This may well be a first for Elsewhere, an album of traditional Russian folk music . . . But wait, before you go . . . The clip below has had over 27 millions view on YouTube and the song topped the World Music Network chart so . . . Otava Yo are a six-piece collective from St Petersburg which includes film makers, so they know how to present an idea and a video (check their others... > Read more

In the past some of the first announcements of acts for the Womad in Taranaki have been a bit underwhelming. (Dragon?) But the two groups announced for next year's three day festival of music, dance, food and conversation with artists from around the world look like hitting the right note. First out of the gate are the Blind Boys of Alabama and Seckou Keita with Catrin Finch. The... > Read more

As the liner notes to this album remind us, the time of the Maharajas was – for the elite of course – a world of opulent palaces and bejeweled kings and courtiers. Musicians would be there to sing praises, religious incantations, perform at ceremonial occasions and so on. This group of musical siblings led by tabla player Rahis Bharti come from seven generations of... > Read more

The late Rachid Taha – who died in September last year – has made intermittent appearances at Elsewhere but we single out this posthumous release for an example of this Algerian-born, France-based artist who drew influences from traditional Algerian rai, French poets, punk and post-punk, various African styles and electronica. He was political, collaborated with great rai... > Read more

This album was described as “exquisite” by a Guardian reviewer and it's pretty hard to argue with that assessment. Born in the south of Turkey the daughter of a father who was steeped in the Alevi tradition, classically trained as a soprano and drawn to the Kurdish and Turkish folk traditions, Olcay Bayir – who has lived in London with her family since she was 16... > Read more

These days with so many artists trickling out singles and then maybe an album every few years, this Tuareg singer/guitarist from Niger has an admirable work ethic. Although this is his first studio album he's clocked off a handful of live album including the soundtrack to a movie he was in which paid homage to Prince's Purple Rain and Perry Henzell's struggling central character Ivan... > Read more

Those lucky enough to be going to Taranaki Womad this coming weekend (details below) will doubtless be lining up at the merchandise tent to buy albums by many of the artists whose CDs and vinyl wouldn't otherwise appear in stores. And to get them autographed. There are some exceptional artists on the bill – we have profiled/interviewed a few in the following links – but this... > Read more 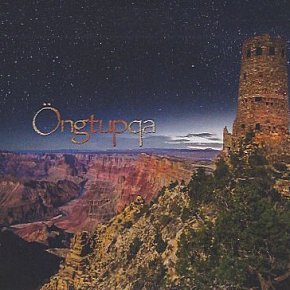 We are right to be suspicious of all the faux-spirituality which attends so-called "Native American" detritus: cheap dream catchers manufactured by the thousand to hang from rear-view mirrors, your spirit animals determined in a 20 minute session with a self-described shaman who used to sell real estate until the market crashed, something akin to chants co-opted for New Age albums,... > Read more 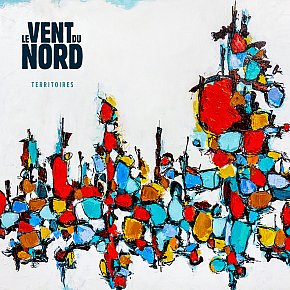 With this year's Taranaki Womad almost on us (March 15-17), this new album by a Quebecois band is timely, they played the festival last year and delivered their powerful take on traditional Franco-Canadian/British-Canadian folk to an enthusiastic audience. Womads have always had their fair share of Celtic and African dance-folk but this outfit offered something different where traditional... > Read more 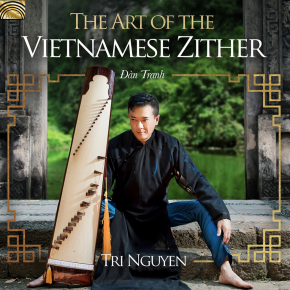 Tri Nguyen: The Art of the Japanese Zither (ARC Music)

As with the Korean gayageum, the 16-string Vietnamese zither (dan tranh, pronounced “dan chang”) is fiendishly difficult to play but offers gloriously, light and evocative charms in the hands of the best. Tri Nguyen studied Western classical music (piano) in Saigon and later Paris, but also learned dan tranh from an old master, one of the last apparently. So because he could... > Read more 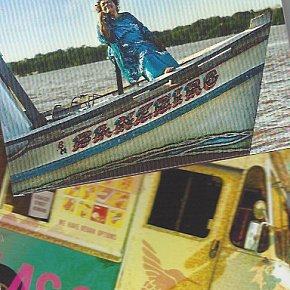 Every Womad introduces artist you'd never heard of but afterwards feel you couldn't live without, and artists you feel you should have known about. In the latter category is the distinctive, tight and hard voice of the Amazon, 79-year old Dona Onete from Brazil who only recorded her first album six years ago but is considered the Queen of Carimbo (a lively dance). She is a scholar... > Read more 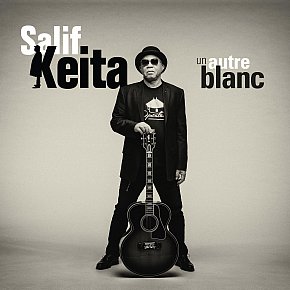 This “retirement” thing is a long game: artists like Paul Simon, Sir Elton, various New Zealand television “personalities” and others announce their farewell . . . then tour for a few years to sell-out concerts, or clutter up the small screen with their goodbye-interviews. Frankly I don't trust 'em. None of them. After having interviewed Seekers' singer... > Read more 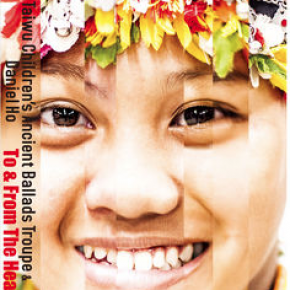 In Taipei, the choking capital of Taiwan there is the remarkable National Palace Museum dug deep into a mountainside and which houses centuries of Chinese treasures, most of them brought over when the Nationalists fled the mainland as the Communist forces surged into ascendancy. It is visited by millions every year and its displays – a tiny, tiny percentage of what the museum holds... > Read more