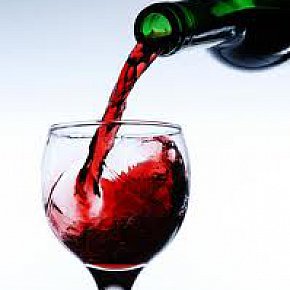 What is that saying? The heart wants what the heart wants? And sometimes hearts just want to slow the pace, turn the volume dpwn and just let some really really nice music wash over it. Well, not all the time . . . but just every now and again people like to take comfort in the familiar, or what sounds vaguely familiar. So here are some Bargain Buy options which perhaps get the words... > Read more

Down in the Willow Garden 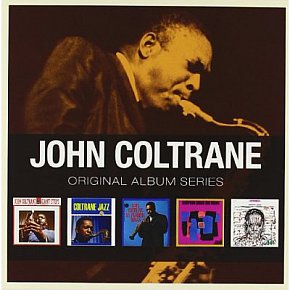 So here are just some of the problems with jazz for anyone vaguely curious. The history is too long and convoluted to get a grip on; the word "jazz" is so imprecise it means different things to just about everyone, and that includes people who know their jazz; there are far too many names (Bill Evans, the pianist or saxophonist?); artists shift through various groups and their... > Read more 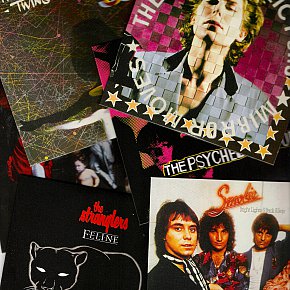 Even when it was exciting and happening all around you didn't have to be too bright to observe that punk was mostly just pop wound up tight and with more furious lyrics, that New Wave was just pop in different clothes and silly caps, that UK post-punk was just pop tossed in the blender with some Doors-like grandeur, that stadium rock was just power pop with . . . Yes, pop is ubiquitous but... > Read more 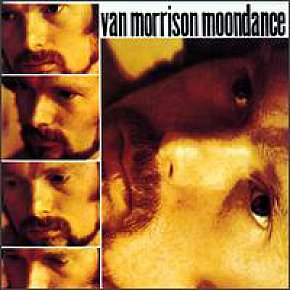 Moondance remains one of Van Morrison's most popular solo albums -- and not just because his previous one two years before in '68, Astral Weeks, was such a masterpiece -- but because Moondance contains some of his most enduring and enjoyable songs: It Stoned Me, Caravan, Into the Mystic, Crazy Love and of course the title track which has received innumerable cabaret and jazz-lite treatments.... > Read more 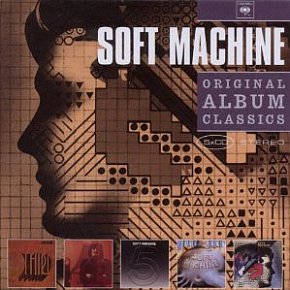 Everyone's a critic, huh? The other day while playing an old favourite album my wife came in and said, "Who is that?" And not in a good way. The villains in question were the prog-jazz rock outfit Soft Machine from Cambridge, England and the album under discussion their critically admired Third from 1970 which I have returned to regularly for over more-than-a-few decades,... > Read more 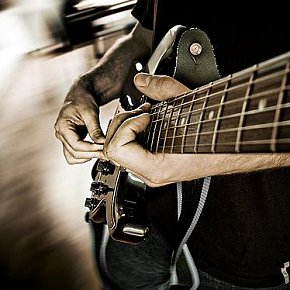 Here's a simple question with an unusual answer. Given all those Bargain Buy album sets in the Sony "Original Album CLassics" series -- everyone from Simon and Garfunkel, to Elvis, Billy Joel and Santana . . . which set has been selling the most in New Zealand through JB Hi-Fi stores? It is one of the most unexpected answers because the guy never seemed to have much a profile... > Read more 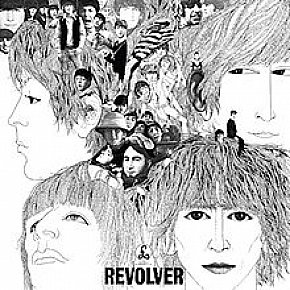 This Bargain Buy column has already noted the album which seemed to bottle the spirit and joy of Beatlemania. With the Beatles from '64 with its covers and originals showcased the breadth of music and invention of the group at that early stage . . . but as noted in that brief article here, they moved so rapidly few others could keep up. A longtime Essential Elsewhere album has been Rubber... > Read more 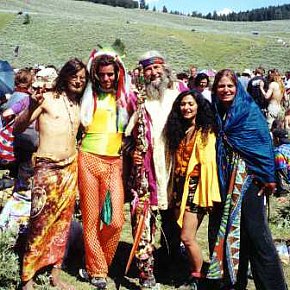 Indeed, just what did happen to hippies? Well, some stayed true to the code, others became yuppies, some argued computer technology was the new path to universal peace through better communication, some just stayed stoners or ended up homeless and drifting,, most had kids and that rather changed things, and others . . . Who knows? People took their own direction. One thing is clear:... > Read more 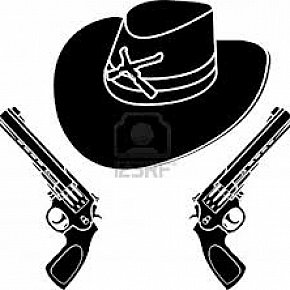 When I interviewed Kris Kristofferson in 2005, he said with a laugh, “I’ve recently been shown a lot of respect from the country music people. You know, there have been times they‘ve acted like they were embarrassed by me.” Country audiences felt the same way about Willie Nelson -- loved him when he wrote Crazy which Patsy Cline had a hit with, went off when he hung... > Read more 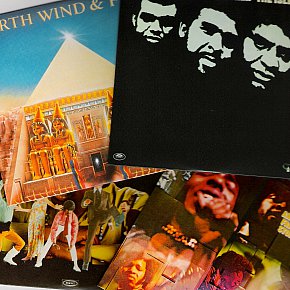 In a previous Bargain Buy column we bemoaned that the great Isley Brothers had been unfairly overlooked by rock's history writers. I guess that's because most of those scribes are white and tend to favour white acts. Might also explain why Sly and the Family Stone have been similarly relegated. Yet those two acts delivered up some of the most soulful and funky rock music around, and we... > Read more 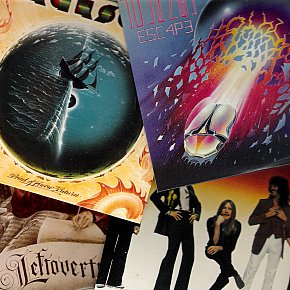 We've pitched these Sony Original Album Classics previously so let's turn to spotlight on the loud, stadium-rock collections in this series. You want widescreen stadium rock which was big on melodies and power ballads? You want parent-baiting music or something to annoy your kids? These sets -- five albums for just $20 from JB Hi-Fi stores (here) should be ideal. It's all about... > Read more 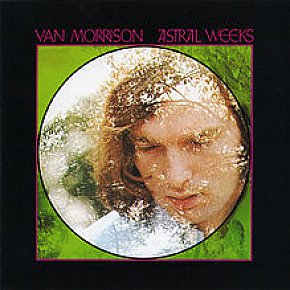 Although we've recently shone the spotlight on the Sony Music 5CD sets (for a mere $20) it is worth noting that Warner Music have opened up a huge chunk of their back-catalogue at a budget price. And Warners -- especially during the Seventies and Eighties -- had some of the biggest selling artists ever. You don't sniff at sales of  over 40 million on Fleetwood Mac's Rumours, or pretend... > Read more 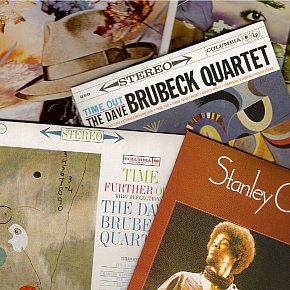 As we noted previously about these budget price five CD sets, the advantage are many: You get a better overview of the artist concerned; you can pick up classic albums dirt cheap (and get another couple thrown in); and song-per-song they work out cheaper than downloading through legitimate channels. It's also useful to note -- especially with these below -- that many of these albums... > Read more 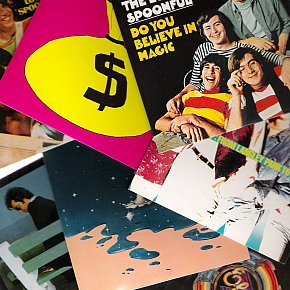 You can't help notice how cheap it is to get into popular music these days as record companies repackage and recycle albums in small and economic sets. The advantage of these budget-price sets are many: You get a better overview of the artist concerned; you can pick up classic albums dirt cheap (and get another couple thrown in); song-per-song they work out cheaper than downloading... > Read more 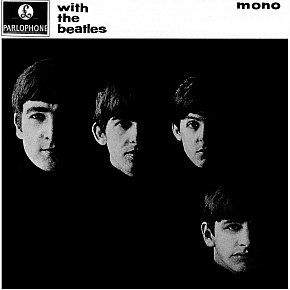 November 22 2013 sees two significant anniversaries, it will simultaneously be the 50th anniversary of the assassination of John F Kennedy and, on a happier note, the release in Britain of the Beatles album With the Beatles. This was the record which kick-started Beatlemania and you can almost hear screaming behind joyous originals (It Won't Be Long, All My Loving, I Wanna Be Your Man),... > Read more

It Won't Be Long 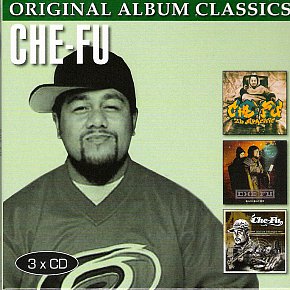 Given his low profile on CD since his presciently titled Beneath the Radar in 2005, these aren't just the only albums you need by this exceptional singer/songwriter but are in fact the only ones. Che Fu came to define the intelligent face of hip-hop with is meticulously crafted music, lyrics which had something to say and a rare, soulful voice which was flexible and nuanced. His songs... > Read more 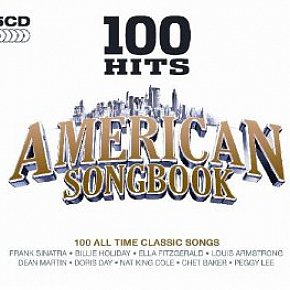 What with Rod Stewart's enormously successful series Great American Songbook, some might be asking . . . just what is in this "songbook"? Fair question because it does seem bottomless -- and often goes by that even more slippery description "standards". The songbook doesn't really exist as such, but a loose working definition would be songs which have been much... > Read more

What a Difference a Day Makes 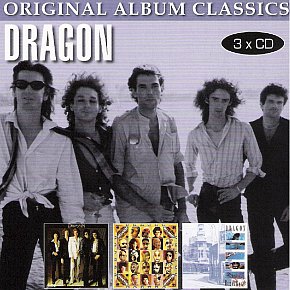 Although they never made a truly satisfying album -- let alone a classic -- Dragon certainly delivered one very good and largely forgotten one: O Zambezi of 1978. The previous album Running Free had spun off the  single April Sun in Cuba and had been a major step away from their former incarnation as a kind of prog-rock outfit. The tougher, more taut, disciplined pop-rock sound started... > Read more 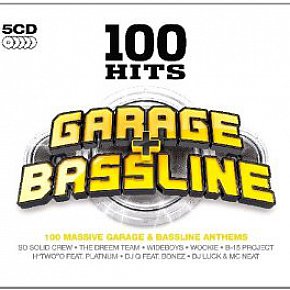 Those who know their garage and bassline better than Elsewhere -- and there will many, many in that category -- will doubtless pull this collection apart for its omissions. But frankly 100 tracks across five CDs seems pretty substantial in its own right and there are certanly some name players here: So Solid Crew, Wideboy, Biblotek, DJ Luck and MC Neat, Bob Sinclar, Midnight Circus, some... > Read more 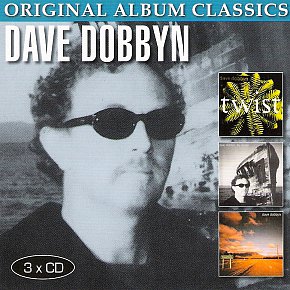 Dave Dobbyn has been so much a part of the cultural furniture in New Zealand for decades that it's hard to remember there was a period when he struggled. After the early successes of the bands Th'Dudes and DD Smash then a solo career and the huge hit Slice of Heaven (with Herbs) he went to Australia . . . and in the early Nineties had to start at the bottom again. His excellent album Lament... > Read more