This is easy: any album which makes it into the Essential Elsewhere list is obviously recommended (for one reason or another, the list is absurdly diverse). But this one gets through on sheer firepower and pop value alone. Smarter than they looked and smarter than they sounded, the Ramones were the Bay City Rollers/Monkees of bratty NYC punk and they kept it simple, straight-ahead and... > Read more 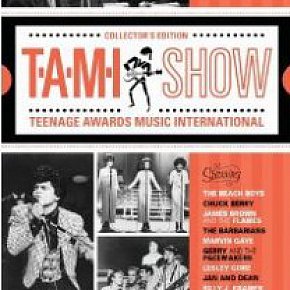 Rock'n'roll never looked quite as exciting as it did at this awards show in 1964. No, the Beatles aren't here but just eight months previous they had played on the Ed Sullivan Show for the first time and set off the British Invasion. So at the Teenage Awards Music International you had Gerry and the Pacemakers and Billy J Kramer and the Dakotas alongside Motown acts like the Supremes and... > Read more Now here's a bargain worth banging on about. As regular followers of Elsewhere's Bargain Buy pages knows, there are cheap albums to be had if you just look around, single discs for $10, double discs and five CD sets for just $20. Those are bargains to be had at JB Hi-Fi. This week's recommendation is a more expensive bargain -- a set for $100 -- but hold on and do the maths. This is... > Read more

Child of the Streets Ever wonder what happened to Suzanne Vega who was big in the mid-to-late Eighties with hits like Marlene on the Wall, Tom's Diner and Luka? Well, she's still out there and still doing it . . . but oddly enough, doing the same thing all over again. More of that in a minute. New Yorker Vega was one of the most interesting voices in a kind of new-folk movement and she arrived... > Read more

Marlene on the Wall 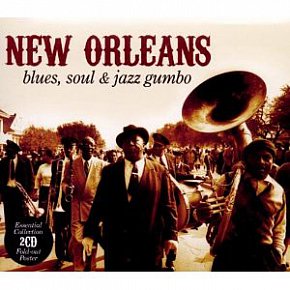 When New Orleans -- aka The Big Easy, The City That Care Forgot -- became the very big uneasy and the city the administration forgot in the wake of Katrina and the flooding, many people around the world recalled their good times there and just how important and unique that crucible of cultures, food, music and voodoo magic was. These days it is relatively easy to find collections of music... > Read more 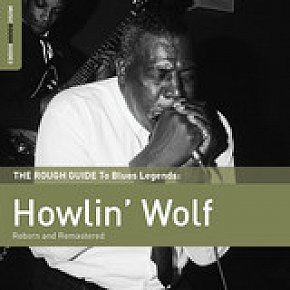 It used to be the cheapest musical genre to get into was classical. As CDs took over, classical listeners were dumping their vinyl and -- these being careful classical types -- you could pick up beautifully cared-for scratch-free records at less than the price of coffee and cake. These days, as our Bargain Buy section proves, just about every kind of music is going cheap. Albums which have... > Read more

I Can't Quit You Baby Do the maths. If someone celebrated their 20th birthday this month, September 2012, they were born at the same time as Radiohead's first single Creep - with that distinctive lock'n'load guitar -- was released. So even if it was a 30th birthday, it's unlikely Radiohead's first outing made any impression. Lotta water -- and increasingly demanding music from Oxford's finest -- has gone under... > Read more

How to Disappear Completely 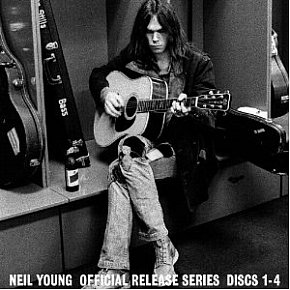 Just as you could argue that on his debut album Are You Experienced, Jimi Hendrix sketched out the map of sounds and styles he would explore in his short career, so you could make the case that on his first four albums Neil Young did much the same for his long career. With the obvious exception of the electro-pop Trans, of course. But from his folksy self-titled debut album in '68 (with... > Read more 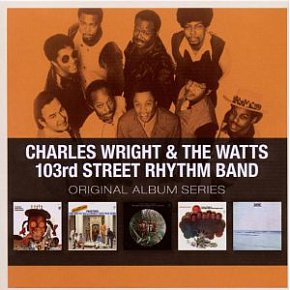 In the liner notes to the Wright/Watts Band album Hot Heat and Sweet Groove in 1967, the comedian Bill Crosby -- then still a decade away from being the mainstream American television character he became -- said of this amalgam of funk, soul, pop and r'n'b that they sometimes played "mustache music, sometimes goatee, sometimes sideburns" sounds. In that allusion to soul, jazz and... > Read more 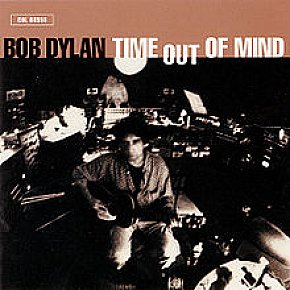 THE BARGAIN BUY: Bob Dylan; Time Out of Mind (Sony)

After his erratic recordings of the Eighties -- redeemed only perhaps by Oh Mercy ('89) produced by Daniel Lanois -- Bob Dylan entered a new decade looking like a long-spent force. The impressive three CD set The Bootleg Series Vol 1-3 in '91 only served to re-enforce what a spendthrift of genius he had been. With Good As I Been to You ('92) and World Gone Wrong ('94) -- solo covers of... > Read more 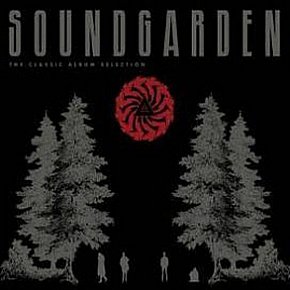 In the same series which has produced the excellent value and beautifully presented Elsewhere-recommended sets of Thin Lizzy, the Cure, Motorhead, Elton John and others (five discs in gatefold sleeves in a solid cardboard box) comes this thunderous collection by one of the best out of Seattle during the grunge years. Unashamedly owing debts to Led Zeppelin and metal heroes like Black... > Read more 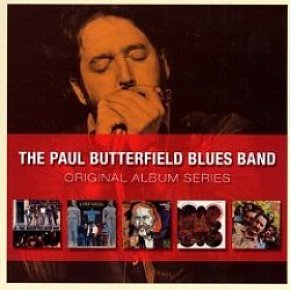 Although much ink and passion has been spilled over English white boys playing the blues in the Sixties (from senior statesman John Mayall through Eric Clapton, Peter Green, Jeff Beck, Mick Taylor to the Rolling Stones etc), that rather ignores the fact white Americans (and mixed race groups) were also discovering and playing this music, albeit recording it just a little later. The... > Read more 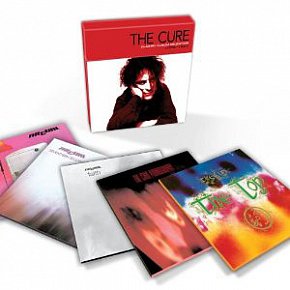 The ridiculously good and very affordable Classic Album Selection -- which we have singled out already for its Motorhead and Thin Lizzy sets -- hits another peak with this, the first five Cure albums (remastered) in replica gatefold sleeves with booklets of lyrics and all pulled together in a solid and attractive box. From their origins as a post-punk band with a knife-thin sound on Three... > Read more 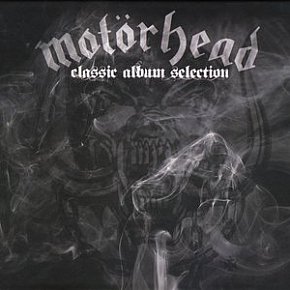 In the same excellent series as the Thin Lizzy collection comes this budget-priced six CD collection of noisy albums by the great Motorhead whose frontman/sole constant Lemmy (Ian Kilmister) seems, despite a punishing lifetime of cigarettes, booze and other substances, destined to outlive us all. He's 66 and not slowing down. As far back as the autobiographical Capricorn on Overkill he... > Read more 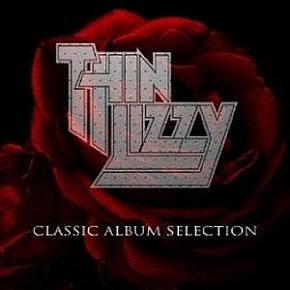 Some think the only essential Thin Lizzy album is Live and Dangerous from 1978. Agreed in a way but . . . only three quarters of a brilliant live album, as we shall see. This six CD box starts from when they began to get interesting with their fourth album Nightlife of '74 (which followed their successful single Whiskey in the Jar) and leads up to that... > Read more 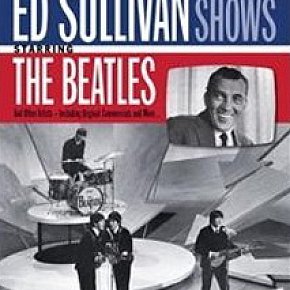 By now most people would concede February 9, 1964 was a turning point in global culture. That was the night the Beatles played on the Ed Sullivan Show and 73 million Americans (out of a population of 192 million, somewhere between a third and half of the nation) tuned in. It is said there was no reported juvenile crime in New York City that night. True or not, the story is emblematic of a... > Read more 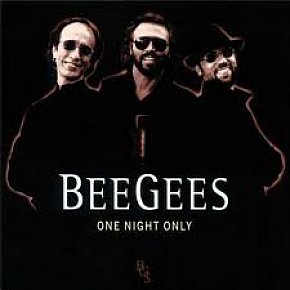 Although older brother Barry has long been the one with health issues (crippling arthritis for over a decade), it seems strange and sad that his three brothers -- first Andy, then Maurice and more recently Robin -- should have departed before him. Only a fool would deny the songwriting genius of the three older brothers who not only wrote dozens of hits for themselves, but gifted songs to... > Read more

Islands in the Stream 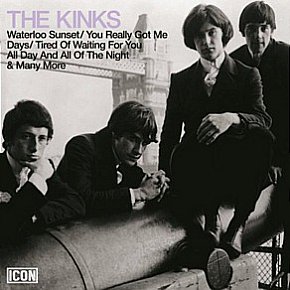 Some years ago I bought a 10-CD Japanese box set of the Kinks, all their albums on the Pye label. It was cheap at the time and while I didn't regret it (How could I? It included Something Else, Village Green Preservation Society, Arthur and Live at Kelvin Hall) it reminded me of one thing. The Kinks were -- until the cornerstone Something Else album -- a singles band. As with many artists... > Read more

You Really Got Me 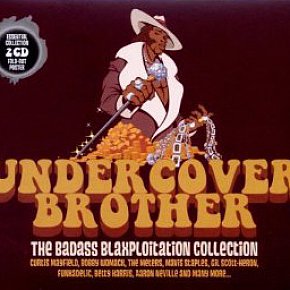 One of the funniest films of the past few years has been Black Dynamite, a parody of blaxploitation flicks which is so astute that you could be forgiven for thinking it was straight out of '73 (see clip below). Blaxploitation films are serious fun, and the pleasure of even the most C-grade in the genre can often be the music, a kind of railed up funk with stuttering wah-wah pedal guitar,... > Read more The occasional bombast, celebrity and popularity of Bruce Springsteen alienates many, but strip away the last two factors and any fair assessment says he frequently delivers classic rock'n'roll which refers to the past (garagebands, soul reviews, Dylan, the lineage of Pete Seeger and Woody Guthrie) and often has a wrap-around political ethic which can be understated. This album -- which... > Read more

Land of Hope and Dreams