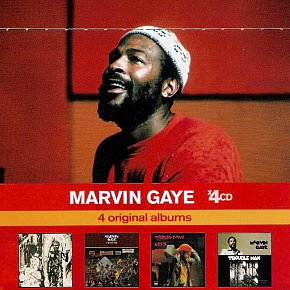 In a flip-top box like a cigarette packet, Motown have packaged up four albums by the great Marvin Gaye, but to be fair some of this is ashes or fag ends of his genius. Not all of it of course: this four disc set includes his sultry, sexual Let's Get It On album (1973) remastered -- the one which followed his singular What's Goin' On -- and I Want You of '76 where he shifted towards a kind... > Read more 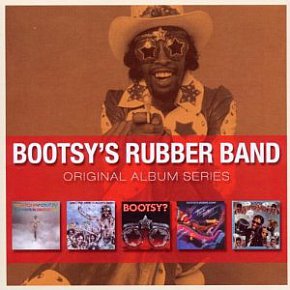 With a more wobbly funk bass than his former boss James Brown, some psychedelic humour, Brown's horn players, Bernie Worrell on keyboards and George Clinton producing, it was almost impossible for Bootsy Collins to miss the huge target of the dancefloor from the mid Seventies. And two of the albums in this five CD set (in replicas of the original covers) dominated the US soul charts. Ahh...... > Read more 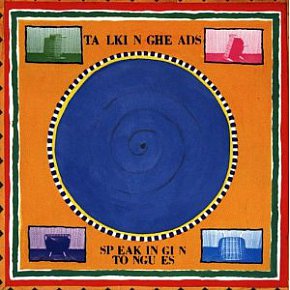 Prior to this jerky and funky album in 1983, Talking Heads had been critically acclaimed for more than five years on the back of albums which were considered taut, arty, intellectual and even a bit academic. But with the single Burning Down the House (and the video), the poppy Girlfriend is Better and delightful This Must Be The Place, the album had an immediate impact, and legs. Even the... > Read more 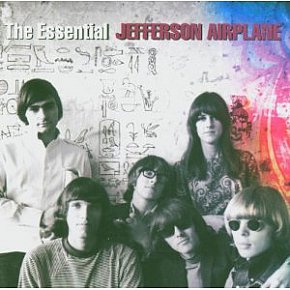 With so many young bands being influenced by psychedelic music, it is interesting to go back to the source, and Jefferson Airplane were certainly there at the start of the wave which came out of San Francisco and Ameria's West Coast in the late Sixties. But whereas the Grateful Dead, Quicksilver Messenger Service and others took to lengthy explorations and extrapolations of tunes, Jefferson... > Read more 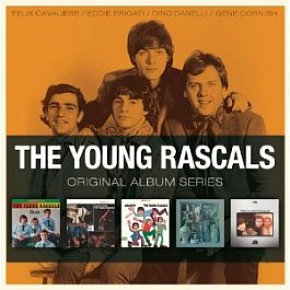 If New Jersey's Young Rascals had done nothing more than release their exceptional Good Lovin' -- one of the most urgent, addictive and thrilling singles of 1966 -- they would still be imprinted in the memory of anyone who was there are the time. And that would have been good enough to have them held in great esteem by members of Tony Soprano's crew and hailed by uber-fans... > Read more 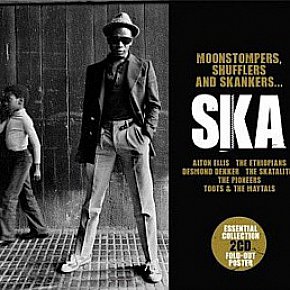 With the Newmatics having reformed to support the Specials and another version of the Beat coming, it's as if it is 1982 alll over again and ska is our soundtrack. Of course a couple of generations missed that wave, and that was a revival of something which had happened a decade or more previous when the kicking ska beat out of Jamaica started making in-roads into popular culture. Bands... > Read more 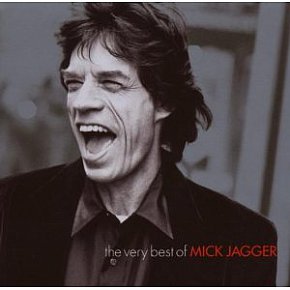 Mick Jagger is not the kind of multimillionaire rock star you would ever feel some sympathy for: more money than the Anglican Church, property interests across the globe, a knighthood, fashion models with brains, kids who seem to keep out of the gossip pages, his health, those slim hips . . . And yet. Like his peer Sir Paul McCartney, Sir Michael is never going to be quite as cool as... > Read more 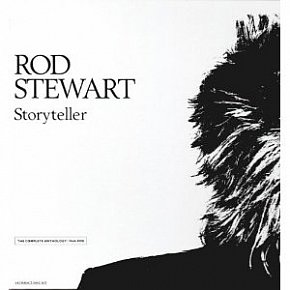 It would be a churlish and narrow-mided rock writer who would deny that Rod Stewart was one of the greatest voices in rock, and perhaps that he would often squander it on lesser material. And we excuse Do Ya Think I'm Sexy in this regard, it was just fun. But Stewart's early career -- and it was long, from the early Sixties into the late Eighties -- was replete with real gems and the... > Read more 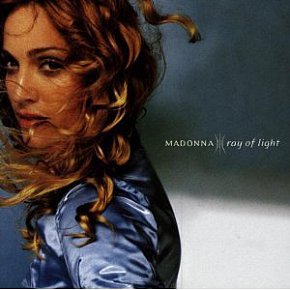 By the time Madonna delivered Ray of Light in 1998, she had so sorely tested the patience of any serious liseners that -- despite critical acclaim and awards -- it went past far too many. Those loyal to the faith of course heard it as the mature, sometimes dark and thoughtful album that it was (for some it was perhaps too mature and there wasn't enough dance). But after all that had... > Read more 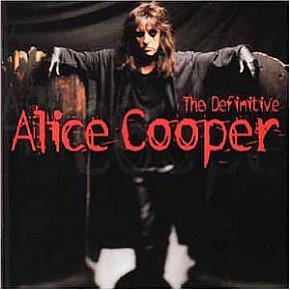 Many deacdes ago, when he was enjoying success with the album Aliens Ate My Buick, I interviewed Thomas Dolby who had sprung the hit song She Blinded Me with Science some years previous. He was as smart as a whippet and was relocating to America as I recall. The reason: In England, he said, people asked him questions about science and couldn't tell the difference between the artist... > Read more 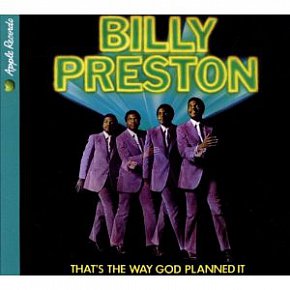 By the time keyboard player Billy Preston ended up on the Beatles' Apple label in the late Sixties he'd already had quite some career. A child of the church, at 10 he played behind gospel singer Mahalia Jackson and two years later was in the movie St Louis Blues which starred Nat King Cole (as WC Handy) and Pearl Bailey. His first solo album Sixteen Year Old Soul came out on Sam Cooke's... > Read more

She Belongs To Me 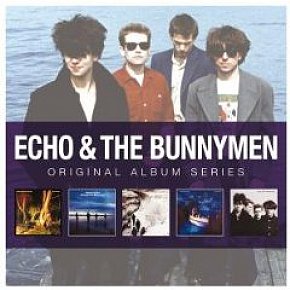 Call it what you will -- nostalgia, history, the collector mentality -- but filling gaps in your archives or just rediscovering an artist or album just got a whole lot cheaper with the Original Album Series. Here, for example, are the first five Echo albums -- Crocodiles from '80, Heaven Up Here, Porcupine, Ocean Rain and their self-titled release from '87 -- which sell at $20 in New... > Read more

Echo and the Bunnymen: Villiers Terrace (from Crocodiles) 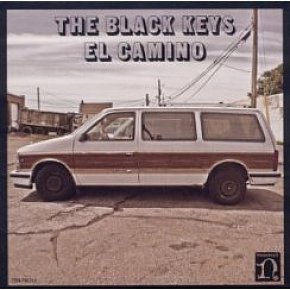 Given this album was in the Best of Elsewhere 2011 list (see here for the full list . . . and here for this album) -- and in fact every decent best of the year countback -- it is hard to deny it should be in any sensible music collection which errs towards to noisy. One of the chief features of the album is its cuisinart approach to rock and blues: it cheerfully throws T.Rex, the Glitter... > Read more Although this album was released in the UK in late 2010, it didn't get airspace in New Zealand until some months later -- and therefore qualified as a Best of Elsewhere 2011 album (see the full list here). Rumer -- known to her parent as Sarah Joyce -- was another of those soul-influenced pop singers which Britain seemed to be delivering with enormous frequency and although she took her... > Read more 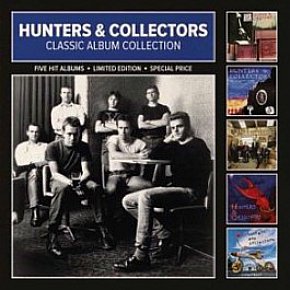 Although always much admired, Melbourne's Hunters and Collectors never quite grabbed international attention in the way they might have deserved. And their 1984 single Throw Your Arms Around Me (which was re-recorded twice more) was a genuine classic. Frontman Mark Seymour (brother of Crowded House's Nick, and early in their career a difficult man to interview in my experience) was a kind... > Read more 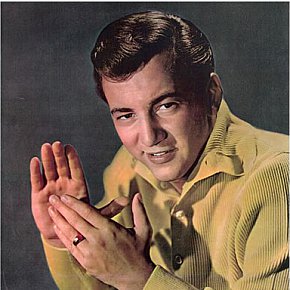 Numerous performers have changed their style or direction in their career. In the rock era we would immediately tick off Bob Dylan, David Bowie, Madonna, Bruce Springsteen . . . But for some who have a particular image -- especialy those who came through in the Fifties -- to change meant to lose an audience. Rickie Nelson struggled to escape his youthful, clean frat-boy image when he... > Read more 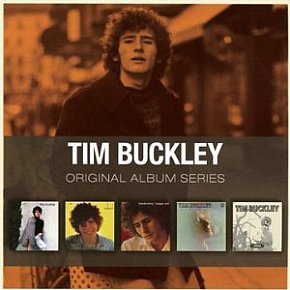 Unfortunately the innovative folk-rock-cum-jazz.improv singer-songwriter Tim Buckley (who died at 28 in '75 from an accumulation of alcohol and heroin) is best -- and perhaps only -- known by many as the father of the equally early departing Jeff (1966-97), the considerably gifted son he barely knew. The symmetry of their fated careers -- both also possessing good looks, remarkable voices... > Read more 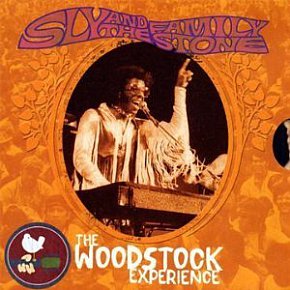 Woodstock in '69 was the making of many artists: Ritchie Havens, the Who, maybe even Sha Na Na . . . and certainly Sly and the Family Stone's whose I Wanna Take You Higher was one of the exciting high-points of the movie, if not the event. This double disc set -- with a Sly-at-Woodstock wall poster -- has one disc of the whole of their Woodstock set (mixed by Eddie Kramer), but of equal... > Read more 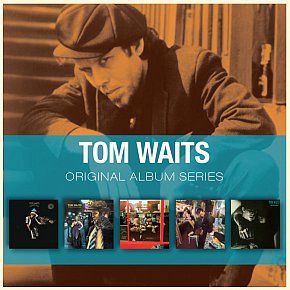 Although Tom Waits' dramatic change of musical direction after 1980, curated by his wife Kathleen Brennan who help him forge connections with the avant-garde, has lead to his music being much admired and respected, there were many who might still agree with critic Ian Penman who was bold enough to admit, "Personally I prefer mid-period Waits. Blue Valentine is my favourite, and I find... > Read more 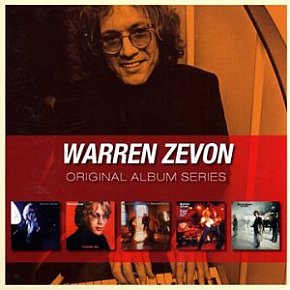 Singer songwriter Warren Zevon (1947- 2003) was a different one alright. When he emerged in LA in the mid Seventies he was like the anti-Jackson Browne: he was the anthesis of those mellow singer-songwriters from Laurel Canyon. His sardonic wit and sometimes weird songs caught the ears and the imaginations of critics and fellow artists, although it took Werewolves of London to be a hit before... > Read more