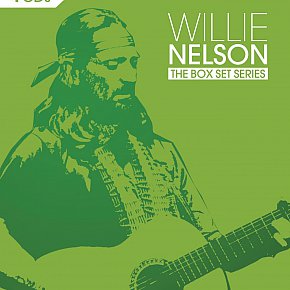 There's certainly no shortage of Willie Nelson compilations in the world, and the guy is still turning out albums . . . although his recent Band of Brothers is the first to contain mostly new songs in almost two decades. You have to go right back to Spirit in '96 for an album of new songs. So Willie seems to accept that for the most part he is a singer of old songs, but to be fair that... > Read more

Always on my Mind 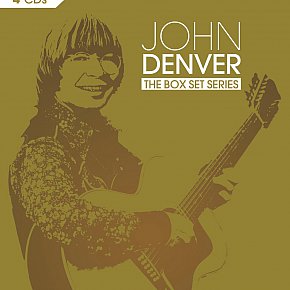 As with his peers in the middle of the road, the Carpenters, time has been kinder to the music of John Denver than critics were at the time. In an age of deep and not unreasonable cynicism -- Watergate, the war in Vietnam, political turmoil and looming recession -- Denver's unabashedly romantic and optimistic songs which delighted in love and nature seemed at odds with the times. Which was... > Read more 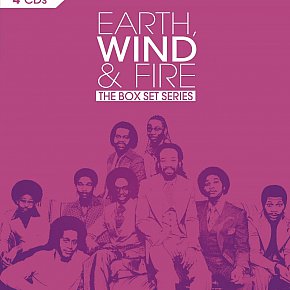 It's easy to forget -- because you don't hear much about them anymore -- how huge Earth Wind and Fire were: 20 Grammy nominations; terrific albums that crossed over between funk, rock, dance and r'n'b; hailed by artists like Black Eye Peas, Alicia Keys and . . . Perhaps the success of artists like Jungle who nod in their general direction might attract a little attention back their way as a... > Read more 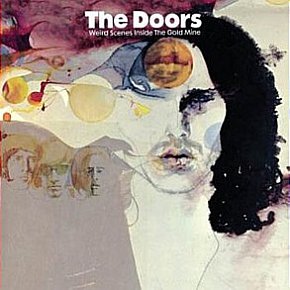 THE BARGAIN BUY: The Doors; Weird Scenes Inside the Goldmine

Those of us who lived through what I call "the Doors Wars" of the late Sixties (I remember waking up on the floor of a Ponsonby flat to the full-volume "Father, I want to kill you, Mother I want to ....") were sometimes bemused by Jim Morrison being considered a "poet". My line has been consistent on that since then: Jim is a poet to people who don't read... > Read more

The Wasp (Texas Radio and the Big Beat) 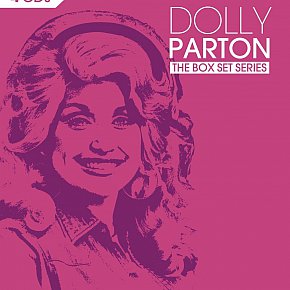 Songwriters have long recognised Dolly Parton among the greats: she is accomplished at writing sassy songs (Dumb Blonde) heart-tuggers (Put It Off Until Tomorrow) and catchy country-pop (Something Fishy). And those examples are just the opening three in this four CD set, two thirds of the 41 songs being penned by her. Her classic hits are here (Coat of Many Colours, the dark Down from... > Read more 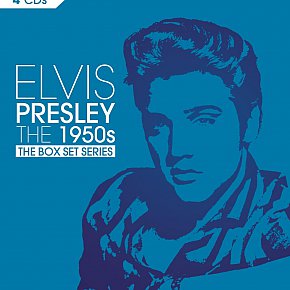 With songs from the rock'n'roll era coming out of copyright and record companies shoving out old catalogue as CD sales decline further, you can expect to see many more collections like this. In fact this four CD collection (48 songs which might have actually fitted on a double disc) is subtitled The Box Set Series, and that self-same imprint includes about 10 other similar collections which... > Read more 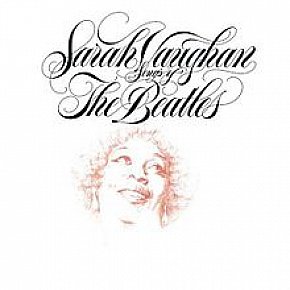 Because we so often think of music as existing in distinct and different periods -- the Swing Era, Fifties rock'n'roll, the Beatles period etc -- we tend to forget just how much overlap there was. Punk, disco and Gary Glitter all co-existed . . . and people like Frank Sinatra and Bing Crosby were around long enough to sing songs by the Beatles. And so was Sarah Vaughan who, in 1977,... > Read more 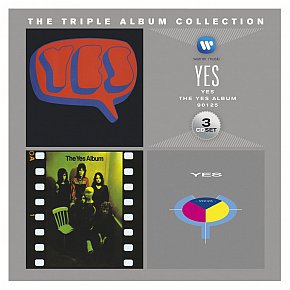 Here's a story from the battleground of fun: In recent months I have -- for purely academic purposes, you understand -- been buying up cheap vinyl by prog-rock and glam-rock bands. It's kinda fun (although I hope I never heard any more songs by Mud to be honest) and I realise now I was lucky enough to miss most prog when it rolled around in the late Sixties/Seventies. But here's the... > Read more 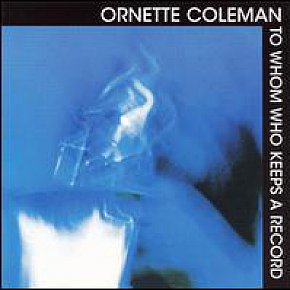 There are many obscure or out-of-print albums in Ornette Coleman's vast catalogue but this counts as one of the least familiar, even to Coleman collectors. Unless you ponied up the cash for the '93 six-CD box set Beauty is a Rare Thing; The Complete Atlantic Recordings or have old vinyl chances are you've never seen or heard of most of this music, sessions from '60 when Coleman was... > Read more 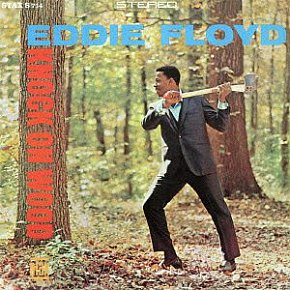 One of the classsic Stax songs from the mid-Sixties, the title track here was among singer Eddie Floyd's best known songs and down the decades has had numerous covers (Otis Redding, Aretha Franklin, David Bowie and Amii Stewart among the most notable). Co-written with Steve Cropper at the Lorraine Motel where the Stax label would often put up its out-of-town guests, Floyd saying in Robert... > Read more 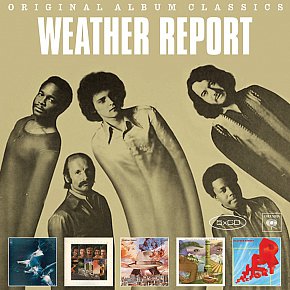 Although there is another set of Weather Report albums in this Original Album Classics series which is better (it includes I Sing the Body Electric, Sweetnighter and Mysterious Traveller), the five albums here kick in with their self-titled debut of '71 and include Tale Spinnin', Heavy Weather and (the lesser) Mr Gone which mop up some pretty substantial material from their innovative... > Read more 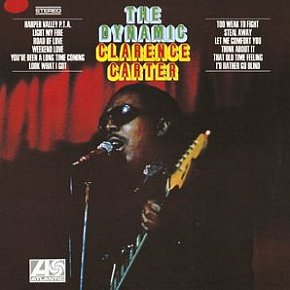 One part smooth Otis Redding, one part the more sedate end of James Brown and steeped in Southern soul, the great singer Clarence Carter was one of the finest interpreters of a song, even if he only rarely cracked mainstream attention. In the late Sixties and early Seventies he enjoyed a number of US rhythm and blues -- and even pop chart -- hits (notably Slip Away and Patches) but in New... > Read more

Look What I Got 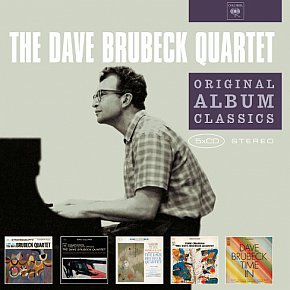 Over the decades, jazz critics and followers have waxed and waned over the late Dave Brubeck's place in cosmos: there is one school which will never forgive the fact he, a buttoned-down and classically-influenced white guy, was the first jazz musician to appear on the cover of Time (not acknowledging that Brubeck was as embarrassed by it as anyone when so many great black artists should have... > Read more 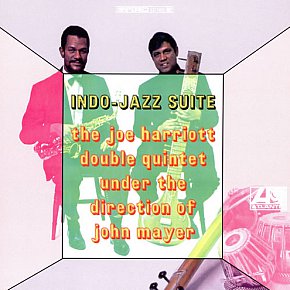 Long before there was the new John Mayer, there was the violinist/composer John Mayer from India whose name is on the cover of this album from '66 when the great and often overlooked Jamaican-born British saxophonist Joe Harriott linked up with him for this, the first of three such albums, to attempt a fusion of jazz and Indian music. There was a lot of Indian music in the air at the time... > Read more 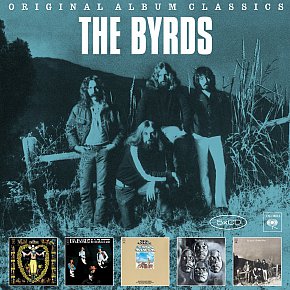 While it's true to say the best of the Byrds as a folk-rock act moving into psychedelia came before the albums in this set of somewhat diminishing returns, there's a case to made for these years – from '68 to '71 during which their sound changed markedly -- being the overlooked era of that band. Certainly the first album in this set, Sweethearts of the Rodeo with Gram Parsons, is... > Read more 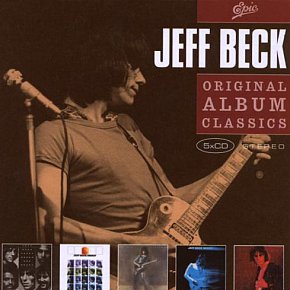 Although Elsewhere stands by its belief that Jeff Beck has never made a truly great album, we'd also make the case for his Blow By Blow of '75 as being among his most truly satisfying, enjoyable and interesting. In fact we made that album one of our Essential Elsewhere albums some while back (see here) . . . . and now it appears as th centrepiece in budget price five-CD collection. Also... > Read more 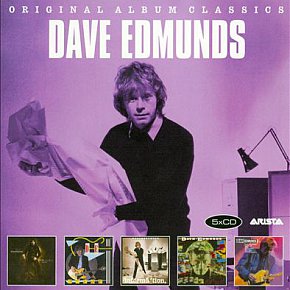 The final album in this five CD box set -- I Hear You Rockin' from '87 -- reminds you just how popular, rockabilly and rocking Edmunds was back when he was mentioned in the same breath as his running mates Elvis Costello, Graham Parker and Nick Lowe. It opens with Costello's Girl Talk then its into his own rockabilly Here Comes the Weekend, later he covers Otis Blackwell's Paralyzed (a hit... > Read more

I Hear You Knocking (live) 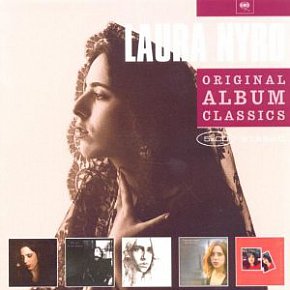 The recent documentray King of Hollywood about music and movie mogul David Geffen painted the picture of a complex, often ruthlessly driven man who would do anything to succeed. And of course he did. From office boy to king of Hollywood via steering record companies, discovering artists, wheeling and dealing, driving a mean bargain but also giving away tens of millions of dollars to Aids... > Read more 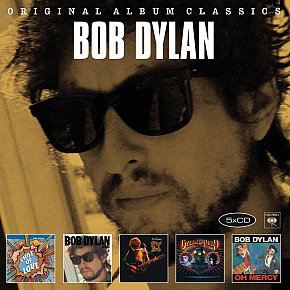 Every few years or so, some writer or magazine kicks off the idea that Bob Dylan's horrible Eighties need reconsidering. So the search is on for lost gems but, just like gold nuggets in a mountain, they are hard to chivvy out. This five CD set covers his mid and late Eighties -- skipping quite a few albums in the middle. And while we can simply say the Dylan and the Dead album found... > Read more

The Groom's Still Waiting at the Altar 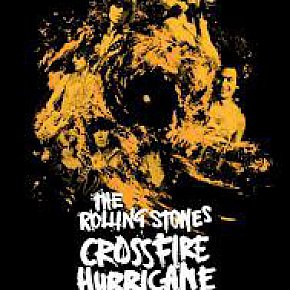 About now many people might have been speculating on how brilliant -- or otherwise -- the Stones will be on their current tour . . . but as we know events conspired against it and the shows have been postponed. Too late however for advertisers to change their tie-in marketing, and so that's the good news for Stones consumers. JB HiFi has a swag of Stones cheapies of CDs of the original... > Read more