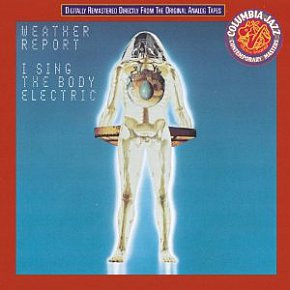 One jazz encyclopedia says of this, the second album by the Joe Zawinul-Wayne Shorter lead fusion group -- "everyting about I Sing the Body Electric was very 1972 . . . the brilliant sci-fi artwork . . . the psychobabble liner notes". Another says "another document of the times with a sci-fi cover, impressionistic pieces, booting rhythms, overdubbed heavenly male voices, heavy... > Read more 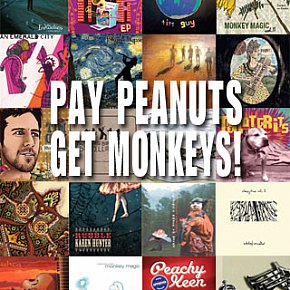 Celebrating its 10th anniversary under the appealing banner "Pay Peanuts, Get Monkeys!", the Auckland-based label Monkey Records is offering more than a dozen albums, a few EPs and some of its compilations at enticingly low prices (CDs are $15, EPs $10, the CD/DVD collection Monkey Magic Vol II at $20) Elsewhere has a soft spot in its heart for Monkey which has been diligently... > Read more 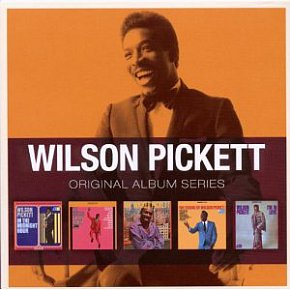 For many people their sole knowledge of Wilson Pickett might be as the guy who did/didn't turn up at the end of The Comittments, the invisible inspiation for that band. A few might know of his great song Land of 1000 Dances which -- ironicaly, like the Beatles' Twist and Shout -- came right at the end of the so-called dance craze era, or perhaps his Mustang Sally. Or maybe In the Midnight... > Read more By the time of their third album All Mod Cons (their third in a little over 18 months), the Jam's Paul Weller had really hit his straps as a songwriter. Where their previous two albums had gone off like boxes of fireworks, by All Mod Cons the mood was changing and Weller's very English influences (notably Ray Davies) were being incorporated into a rather more jaded than angry view of Britain.... > Read more

The Jam: A Bomb in Wardour Street 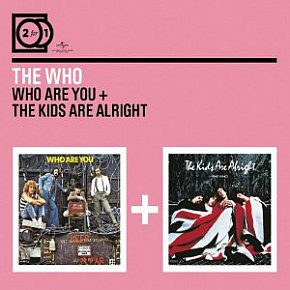 The Who -- with as few living members as the former Beatles -- continue to tour and record, and while we wouldn't deny their current firepower, it is worth noting that the explosive energy of their early years was when they really excelled. From the late Sixties onward Pete Townshend started to over-analyse in a way that perhaps blunted the primal thrill he once brought to material like My... > Read more 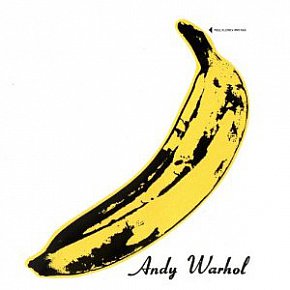 Brian Eno once said that there would come a time when the Velvet Underground were discussed in the same breath as the Beatles with regard to their influence and importance. He said that when very few people in rock culture had really given serious consideration to this band out of New York which recalibrated the coordinates of rock music. With the VU came themes which had never previously... > Read more It's commonly enough noted that this was the album which got Springsteen onto the covers of Newsweek and Time in the same week in October 1975. But looking at the size of those magazines today -- thin, articles of almost haiku length -- it is hard for many to understand now what that actually meant. They were massive-selling and influential weeklies, and the Time article ran for four full... > Read more 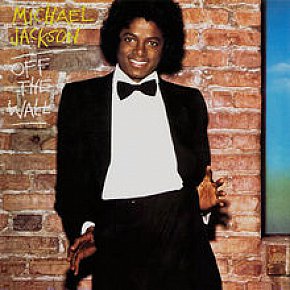 Michael Jackson has been dead for over a year now -- almost 18 months in fact -- and the marketing rolls on: there will be a new album (entitled Michael) on December 14 2010 and you can read the details here. But while we now expect such posthumous things from our dead musicians, there's also a place for simply looking back at what once was and taking it for what it meant at the time, the... > Read more

Michael Jackson: Don't Stop 'Til You get Enough 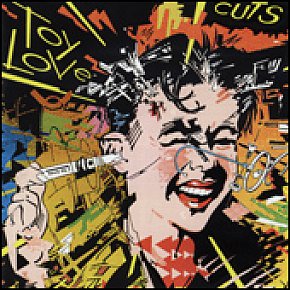 Funny that people say how wild the Sex Pistols' Never Mind the Bollocks album was. Heard it lately? They sound like a pop band, albeit an angry one, and musically didn't move too far from verse-chorus, like the young Beatles and the Monkees. Something similar applies with New Zealand's now legendary Toy Love, the Chris Knox-fronted band which, for almost two years on the cusp of... > Read more

Toy Love: Pull Down the Shades 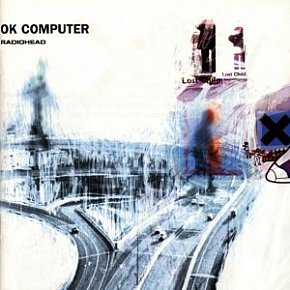 Just as Achtung Baby and Zooropa represented a watershed period for U2, so The Bends of '95 and especially OK Computer of two years later marked a turning point in Radiohead's still-young career. On reflection it is hard to believe that on just their second album (The Bends) that a band could make such a daring, sideways career move -- and then to confirm their direction by the even more... > Read more 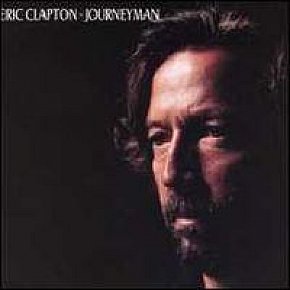 By the time he got to the end of the Eighties, the title of this album must have been greatly appealing to Eric Clapton: he was in his mid 40s, had been a solo artist for almost two decades and had been playing for a living for 25 years. He'd been putting out a studio record about every 20 months on average, and this was released on the back of his expansive Crossroads retrospective. He was... > Read more 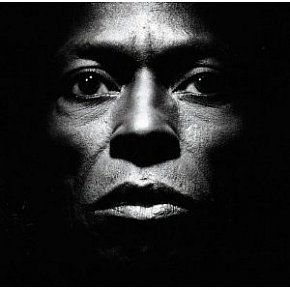 For Davis' most pure jazz followers who had forgiven him the street corner funk of the late Sixties/early Seventies, the trumpter was a lost cause on his return in '81 after almost a decade without any new studio material. From Man with the Horn to Your Under Arrest ('85) he was widely criticised for simply failing to play trumpet in any meaningful way. The live We Want Miles also handed a... > Read more 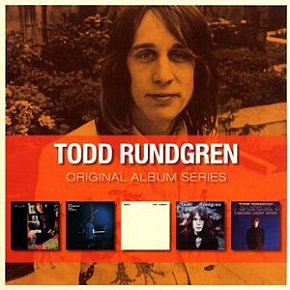 With the ever-evolving Rundgren scheduled to play in New Zealand see interview here) here was a five CD collection of some of his albums from 1970-83 which skip over his double album Something/Anything, the glorious A Wizard/A True Star and the double Todd. But here are Runt (Rundgren with the Sales brothers who later worked with Bowie); The Ballad of Todd Rundgren (on which he played... > Read more 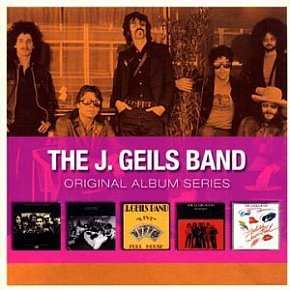 Way before their mainstream commercial success with songs like Centrefold, the J Geils Band were a highly successful blues-rock outfit with the harmonica of Magic Dick front'n'centre. In the early to mid Seventies they peeled off great and likable slices of boogie rock, and would cover material by the likes of John Lee Hooker, Albert Collins, and Otis Rush. They also wrote material in that... > Read more 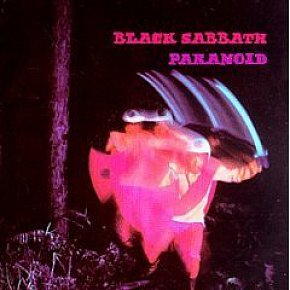 Always good to see an Essential Elsewhere album turn up as a Bargain Buy, and this being a classic hard rock album it should be in any sensible collection -- even just for its ear cleansing abiity. There is an extensive review of it here so we needn't go over that ground, just to point out that it is currently available for $12.99 at JB Hi-Fi stores here. That is a bargain. > Read more 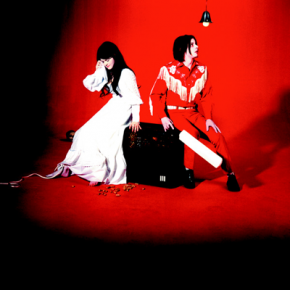 For many people Elephant from '03 was the White Stripes' "break-out" album, the one which took them well out of cult status and into their living room. With material as strong as Seven Nation Army, There Is No Home For You Here, Ball and Biscuit and the killer cover of Dusty Springfield/Bacharach-David's I Just Don't Know What To Do With Myself, suddenly Jack and Meg White were... > Read more

The White Stripes: There's No Home For You Here 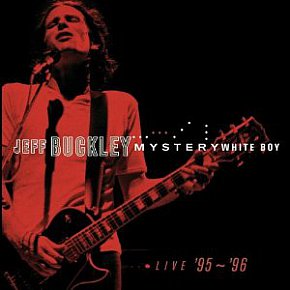 Jeff Buckley -- who died in '97 -- didn't have much time to make an impression, but the scant recorded evidence in his lifetime was enormously impressive. And of course posthumous releases like the So Real album, and these live tracks taken from shows on his world tour in '95 and '96 confirmed the feeling that we had lost a wonderful, if possibly still unfocussed, talent. Buckley was trying... > Read more

Jeff Buckley: The Man That Got Away 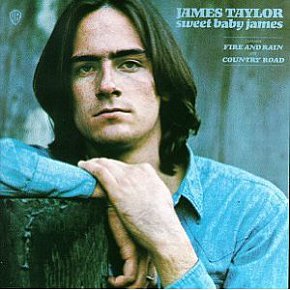 After his brief signing to the Beatles label Apple and his self-titled debut in '69 (which included a song entitled Soemthing in the Way She Moves which Harrison also used), Taylor moved over to Warners as Apple broke up and delivered this album which really launched his career -- and gave impetus to the whole sensitive singer-songwriter movement out of LA in the Seventies. Part folk, part... > Read more 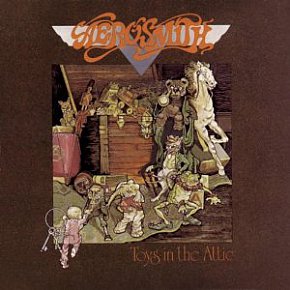 There's a fairly lazy shorthand about Aerosmith, they are the band that so wanted to be the Rolling Stones that over time frontman Steve Tyler and guitarist Joe Perry started to look like Mick and Keith. That is sort of true, but --  especially in their early days -- they had a rock momentum and sound of their own. They did however draw from the Stones template which means that they... > Read more

Aerosmith: You See Me Crying 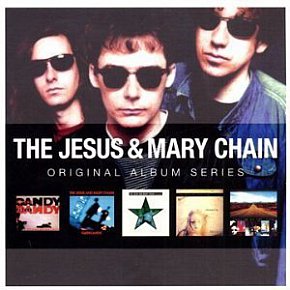 The Jesus and Mary Chain out of Glasgow certainly alienated audiences when they first appeared: not the least for performances which barely stretched past the 15 or 20 minute mark. But it was their noise-drenched guitar sonics and distant, droning vocals on their debut album Psychocandy in '85 -- which took aspects of the Velvet Underground one step removed and distilled them to essentials... > Read more