In critical circles it seems fashionable -- if not obligatory -- to revile Mariah Carey for her overwrought vocal mannerisms which have been adopted by the generation which grew up listening to her and Whitney and now over-emote their way into the frontline of television talent shows. Let's not judge an artist by their following -- or their stupid public statements, something she's not alone... > Read more In a few weeks -- perhaps far too soon for many -- the first 10 ZZ Top albums are being reissued in a box set. That's a whole lotta Top -- perhaps far too much for many -- but, if we might be serious about them for a moment, the Top emerged with a distinctive and disciplined brand of Texas blues and over time it morphed slowly into radio-friendly pop with little compromise on their part.... > Read more Yes, it's easy to tick off who isn't represented among these 100 hits of the decade that discovered synths -- Prince, Madonna, Bowie, every decent hip-hop act, the paisley underground bands, alt-indie rock from the US, post-punk UK bands . . . But this still manages a fairly decent pop overview of a period where Hot Chocolate and Sheena Easton rubbed hairstyles with Culture Club, Duran... > Read more Elsewhere is of the very firm persuasion that some things should be compulsory. Nothing too outrageous . . . but Mad magazines free to every school child rather than bottled milk, shoes on aircraft and not bare feet, and that every aspiring musician should be made to watch the Who doco The Kids Are Alright. As a documentary about the most important years of a very important band it is a... > Read more 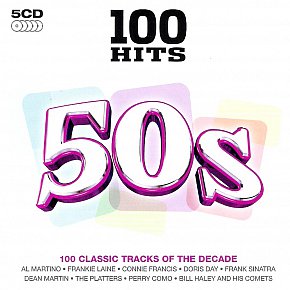 If you are looking at what prompted Frank Sinatra to denounce rock'n'roll of the mid Fifites as "played and written by cretinous goons", this five CD collection gives you the answer. It's non-chronological but the 100 songs here are arranged so that the first three discs favour the popular MOR which was so prevalent before Elvis. So you get Alma Cogan (one of John Lennon's... > Read more In about six months Johnny Cash will have been dead a decade, and we might expect some tributes, album reissues and an assessment of his legacy. My bet is most attention will fall on his later years when he was that man-mountain of American music - an icon more than an artist -- but would hope some spotlight might fall on his years in the mid-to-late Sixties when he was crossing over... > Read more The Elvis collections in this series hits a peak with these five discs, these capture Elvis live and the set starts with the famous '68 Comeback television special. It reinvigorated his career and interest in him again after years of mundane movies in Hollywood while the Beatles, the British Invasion, Bob Dylan, American rock bands and the psychedelic movement marginalised him. Also here is... > Read more With 71-year old Paul Simon about to arrive for concerts it's instructive to turn back to a time when he would write "I was 21 swhen I wrote this song, I'm 22 now  but I won't be for long,. time hurries on . . ." (as he did on Leaves That Are Green on the Sounds of Silence album). As a writer Simon often seemed wize beyond his years, world weary before his time (Homeward... > Read more

Save the Life of My Child 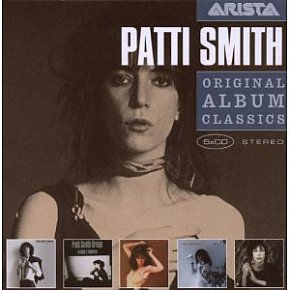 Although few have done it as successfully, or with such frequent inspiration, Patti Smith has had her followers, acolytes and copyists. Which makes it a little harder to come to her innovative work and find a freshness about it. Perhaps if this budget price collection of her first five albums had included the still thrilling pre-album single Piss Factory as a bonus track that might have... > Read more 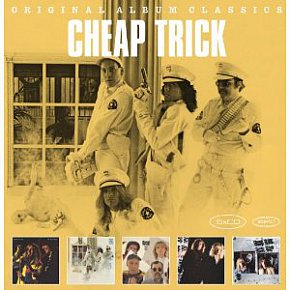 By the time Cheap Trick -- who played a note-perfect Daytripper live -- got to work with Beatles' producer George Martin in 1980, they were starting to run out of puff -- and songs. In theory Martin should have been the ideal producer for this band which married power pop with hard rock parody and sly humour (and a few of whom had worked on John Lennon's sessions for his final album... > Read more 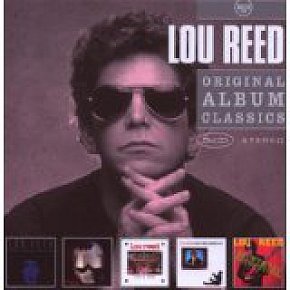 If there is any part of Lou Reed's long solo career which has been overlooked, it is collected in this bargain buy collection. The five albums here -- The Blue Mask, Legendary Hearts, Live in Italy, New Sensations and Mistrial -- took him from the dawn of the Eighties until almost to the end of the decade, 10 years in which he seemed to many people to be adrift. He was certainly... > Read more 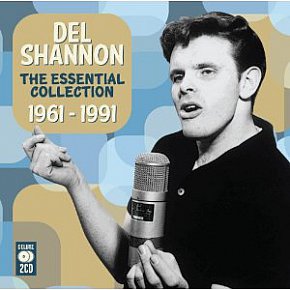 The dates on this collection look slightly strange: the start date is perfect (his classic Runaway and excellent Hats Off To Larry both date from '61), but a depressed Del  Shannon committed suicide at age 55 in February '90 although there had been rumours that through his friendship with Jeff Lynne he might have been invited to replace the late Roy Orbison in the enorously successful... > Read more There is never any shortage of Elvis Presley reissues but for true fans those exceptional box sets on The Complete 50's Masters and Complete 60's Master are cornerstone releases and a trove of constant revelations. (Although Elsewhere has long had The Memphis Record as an Essential Elsewhere album.) Every home should have the Sun sessions collection (the singles he recorded at Sam Phillips'... > Read more

One Night of Sin 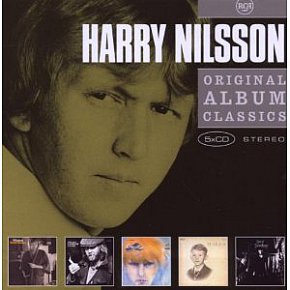 If Elsewhere could persuade its readers to discover just one over-looked singer-songwriter it would be Harry Nilsson who died almost penniless in '94. As with Leonard Cohen, Nilsson had lost his savings to a bad manager but unlike composed and controlled Cohen, it was too late for Harry to recover. Years of booze and bitter disappointment had taken their toll and he'd shredded his wonderful... > Read more By happy coincidence, the very day that the Lemonheads' cover of Leonard Cohen's Hey That's No Way to Say Goodbye was pulled out From the Vaults this 2011 double disc -- subtitled The Best of -- seemed to leap out of the rack and attach itself to my credit card. These 47 non-chronological tracks draw from all part of the band's career and start with songs from their debut album Hate... > Read more After her autobiography I, Tina in 1996 in which Tina Turner documented the abuse she suffered at the hands of her husband Ike for decades, few could look at him and think of his music. But -- without defending the man who later weakly said, "Sure, I've slapped Tina. There have been times when I punched her to the ground without thinking. But I have never beat her" -- he was quite... > Read more

It's Gonna Work Out Fine Everybody should have at least one Neville Brothers album at home to conjure up the spirit of Nawlins, but which one? The Treacherous collection from '86 (possibly out of print, do a search, there was also a useful second volume) is the one which pulls together those crucial early years and you'd be wise to have Fiyo on the Bayou (from '81) and Yellow Moon ('89) close to hand. But if you... > Read more 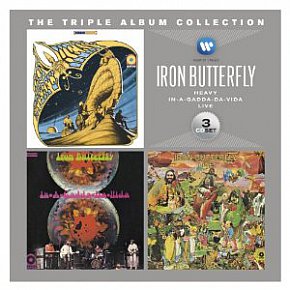 People over a certain and sensible age know not to mention Iron Butterfly in musically intelligent company because they know they will attract derision. Just the word "In-a-Gadda-Da-Vida" is enough to set some folks fall about laughing. For those not in on the joke, the Butterfly's marathon song In-A-Gadda-Da-Vida (think about saying "In the Garden of Eden" when you are... > Read more 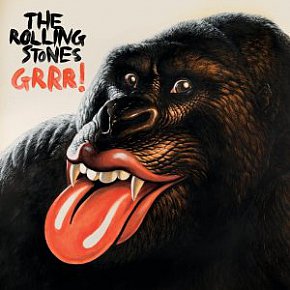 One of the more unusual aspects of critics and commentators carping about the Rolling Stones still recording and touring after 50 years, is that much of it comes from a generation perfectly happy to get nostalgic for its own soundtrack and troop off to see New Order, the Buzzcocks and so on. The Stones, of course, have the perfect defense (if one is required) in that they were founded on... > Read more

Anybody Seen My Baby? 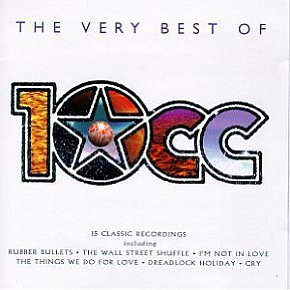 In critics' circles 10cc were revered for their exceptional album The Original Soundtrack in '75 (which featured the whispery sonic masterpiece I'm Not in Love) and then reviled for the faux-reggae of Dreadlock Holiday (which was a joke that people, radio programers among them, took too seriously). They had hits -- Rubber Bullets, the classy Art for Art's Sake, the rather inane The Things... > Read more

I'm Not In Love