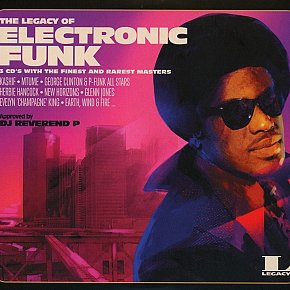 Although not quite possessing the same stone-cold enjoyment of The Legacy of Disco in this budget-priced, three-CD series, here is where -- in the Eighties -- funk, post-disco, synthesisers and rhythm boxes met on the same dancefloor. The style has had a second life recently with the likes of Daft Punk and discussions about the legacy of the late Prince who -- while not represented here --... > Read more

You Wouldn't Have to Work At All, by Michael Henderson 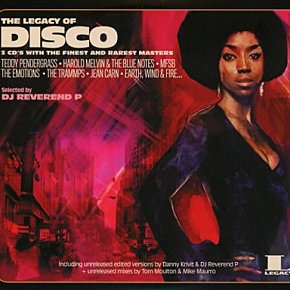 While you expect old folks, conservative preachers and bandwagon politicians to dump on pop music, it's always a bit of a surprise when the music world turns on its own. Punks railing against prog-rockers you can understand, but when disco -- just a dance music -- emerged there was an astonishing outpuring of vile bile and vitriol coming from people in "music". Many of those who... > Read more

Groovin' You, by Harvey Mason Because his running mates at the time Nick Lowe and Elvis Costello wrote better songs and had more distinctive voices, Dave Edmunds always ran a distant third. And when the Stiff label took off at the end of the Seventies, he was sometimes even further back in the rankings. Born out of the pre-punk pub-rock period in London, singer-guitarist Edmunds had first come to attention in the... > Read more

I Knew the Bride 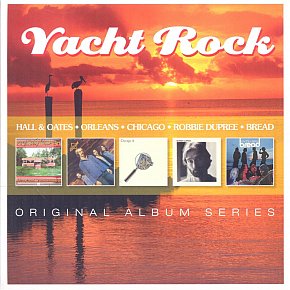 Yes, it's a genre and the very name tells you what you need to know. This is music from – and for – guys who consider white boat shoes, long shorts and a Hawaiian shirt appropriate evening wear, and sing about their “beautiful lady”. It's mostly soft rock from the late Seventies and Eighties by people with neatly trimmed beards and the songs are excellent... > Read more

Love is a Mystery, by Robbie Dupree

In a recent conversation with American guitarist David Becker -- who plays here next month -- he mentioned how the internet had made the whole of popular music history available to younger people. And what a gift that has been for the curious. "There are really only half a dozen names you need to know," he said in reference to rock music, "but after that they lead you... > Read more

To this day the remaining B-52's are ambivalent about the production on their self-titled debut by Island Records boss Chris Blackwell. As recently as this month the band's drummer Keith Strickland told Mojo magazine, "The sound was very sterile . . . it was very naked, there wasn't a lot of ambence. We were all pretty mortified with the way it sounded and I thought it was going to... > Read more 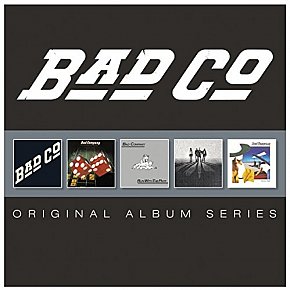 The dinner table conversation turned to Bad Company because one of the guests announced he was going to see them in the States and, despite some agists jokes, we agreed that they were a damn fine rock band and Paul Rodgers a superb and largely underrated singer. He’d been in Free with BC drummer Simon Kirke and for their first incarnation – there have been many and they... > Read more

Deal with the Preacher 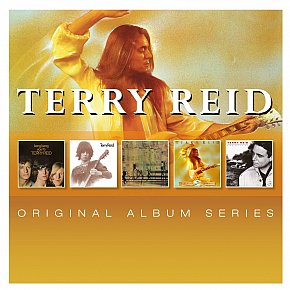 Because Elsewhere recently essayed the life and work of this British guitar-singer cult figure -- prompted by the release of material recorded at the time of his River album in '73 -- we are pleased to see this bargain-priced five CD set floating around. It's slightly odd in that, because Terry Reid label-hopped a little, it picks up his first three albums (River being his third),... > Read more 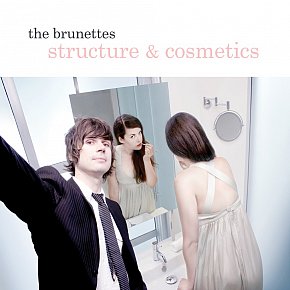 There has been quite a developing lineage of what we might call cute-pop in New Zealand, and we could trace it back to the delicate and thoughtful Caterpillar and Butterfly albums by the Tokey Tones on Auckland's Lil' Chief Records. Cute-pop continues today with the likes of Princess Chelsea and Jocee Tuck, but after the short-lived Tokey Tones it fell to the Brunettes to carry the banner,... > Read more 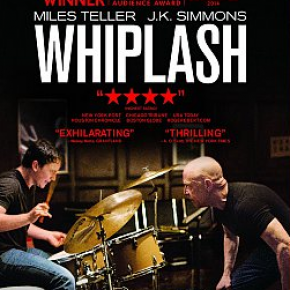 When Elsewhere reviewed this white-knuckle film about 18 months ago we noted that jazz bores wouldn't like it because . . . Why? Because they are jazz bores who dislike anything they consider lacks authenticity in the genre. Okay, it's unlikely that tutors in jazz academies are as emotionally brutalising as the antagonist here, but that takes nothing away from what is at the core of... > Read more One of this country's quiet achievers -- so quiet that other than his radio presence on RNZ he goes past most people -- is Trevor Reekie, formerly in Car Crash Set, founder of Pagan Records (early signings were Bic Runga, Greg Johnson and many others whose careers took off) and the man helming his ocassional recording projects Cosa Nostra/Cosa 2/This Thing of Ours and Trip to the Moon.... > Read more

Elsewhere will concede immediately that we have always been mostly unpersuaded by Marianne Faithfull's much acclaimed genius. Her self-belief is admirable but often the evidence on many albums has come up well short of convincing. She is very good on self-mythologising and placing herself in great company, but over the long haul many of her albums seem exactly that, a very long haul.... > Read more 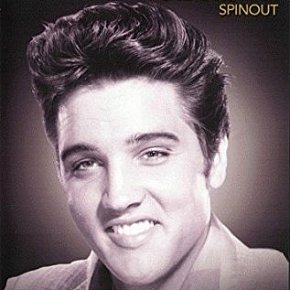 Anyone wanting to see in stark contrast the sullen and moody Elvis of the rock'n'roll era of the Fifties and by comparison a kitsch by-the-number Elvis knock-off film from the Sixties should grab this double DVD release. Jailhouse Rock from '57 shows the sexy king of rock'n'roll as the lip-curling, angry young man who gets banged up in jail, meets a country singer whom he talks to be a... > Read more 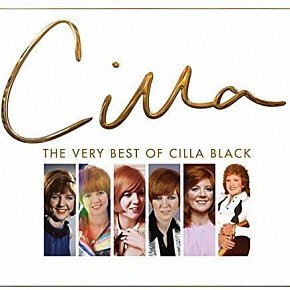 Although in the last deacdes of her life she turned in to some weird Margaret Thatcher doppelganger (it was the new choppers as much as the hair, wasn't it?), no one could deny that when Cilla Black was a contemporary of the emerging Beatles in the mid Sixties she had a vocal power which could scrape clean pots on the far side of a crowded room (Your My World). She was however also capable... > Read more 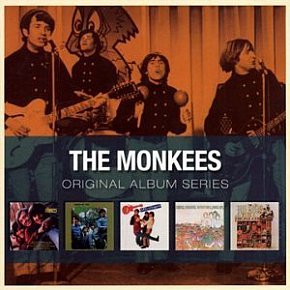 THE BARGAIN BUY: The Monkees; The Original Album Series (Rhino)

By the merest twist of fate, the history of popular American music 50 years ago could well have been very different if just one man had got a different job. Stephen Stills -- a wonderful songwriter but even better guitarist who had his friend Jimi Hendrix on his first solo album -- was a mainspring of Buffalo Springfield and co-founder of Crosby, Still and Nash. But consider this, he... > Read more 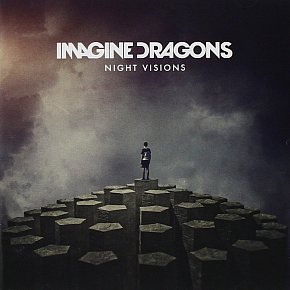 If this pleasant, popular and pop-rocking outfit out of Las Vegas have somehow gone past you then let's bring you up to speed. They've picked up a swag of awards for their debut album Night Visions (2012) and its follow-up Smoke and Mirrors (2015) and although they have been pinned often as indie-rock they bring a lot of other influences beyond guitars into play. Open ears will hear... > Read more

It's always interesting having tradespeople around your area. A couple of years ago a bunch of Fijian Indian tilers moved in to do some work on neighbouring properties and all day I rejoiced in the very different and elevating sound of Radio Tarana. The guys working in the courtyard for a few days last week had a very different station on all day, The Rock at a guess but even if come... > Read more With David Bowie's passing there has been a landslide of merchandising – all the vinyl reissues, compilations and picture discs – but if you just want an interesting and sometimes left-field catch-all for yourself (many missed his final two decades) or to introduce the master to a younger person you can't go past this. This three-CD set looked a bit like a cynical... > Read more 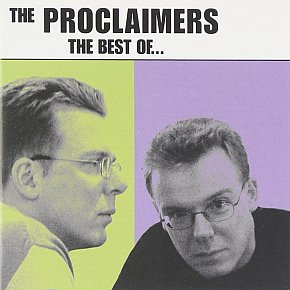 Although in our interview with Craig Reid of Scotland's Proclaimers we acclaim their most recent album Let's Hear It For the Dogs, he and we freely concede most people only know them for one or two songs., You know the ones: 500 MIles, Sunshine on Leith and Letter From America. Of course they appear on this tidy collection released back in 2002 along with 17 other songs drawn from their... > Read more

Throw the 'R' Away

It is a peculiar thing how essential Talking Heads were during the late Seventies and throughout the Eighties, and yet how their absence has barely been felt since they ceased to play or record (they have never "broken up" apparently) at the dawn of the Nineties. This 18 song collection -- which doesn't get to the big Afro-inspired ensemble pieces but keeps attention on the jerky... > Read more