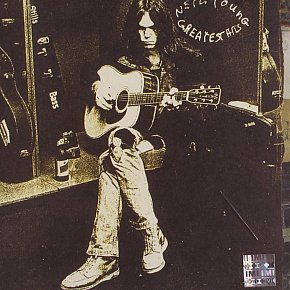 It surely has to be conceded that, with very few exceptions these past 20 years, the best stuff Neil Young has released has come from his archives. Too many slapdash, bang 'em out in the studio albums and too few where you felt his heart was really into it. This collection -- which first appeared in '04 and was reissued in '09 when we commented on it  -- isn't for fans who... > Read more 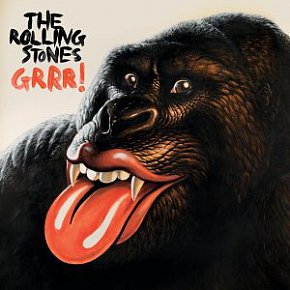 With the Rolling Stones promising (threatening?) a new album -- their first since A Bigger Bang in '05 -- it's maybe timely to look back at their catalogue courtesy of this triple CD collection which opens with their first single Come On (their cover of the Chuck Berry song, from '63) and Not Fade Away (their cover of Buddy Holly from '64) -- it unfortuntely but understandably ignores their... > Read more 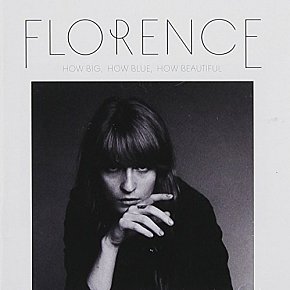 There's an enormous amount of wrought emotion on this album which sounds like a collection of sometimes obsessively self-centred songs about heartbreak ,but Florence has the lungs, powerful vibrato and melodies to carry it all off . . . right through to the quasi-gospel Mother at the end. In a world of somewhat wussy female singers whose default position is mope-folk or moaning alt.country,... > Read more 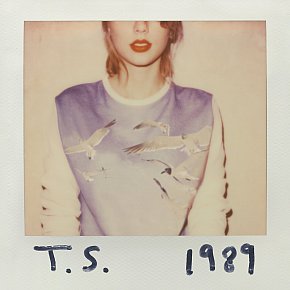 When Ryan Adams recorded his own version of this Swift album it got to a lot of people who otherwise wouldn't mention Swift's name in civilised company. The shorthand was Adams had credibility, Swift was just a clever pop singer. Well, I'll go on record and say Taylor Swift's Auckland concert that I caught was one of the most enjoyable shows I've ever seen: She is quite the musician... > Read more

I Wish You Would 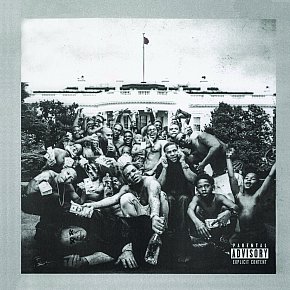 Although Elsewhere certainly heard this exceptional album last year, because we didn't actually write about it Lamar's masterwork couldn't be considered for inclusion in our Best of Elsewhere 2015 list. Had we reviewed it, we would have joined the global chorus acclaiming this amalgam of contemporary rap and r'n'b, jazz, Sly-style funk, Tupac, rap-adelic backdrops and solid soul where... > Read more 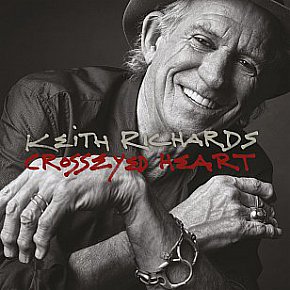 Here's a question for you to ponder this week. Should this long overdue Keith Richards solo album make it into the Best of Elsewhere list which will appear shortly? We had our say about it in depth here, but just to reiterate we found it pretty good but hardly essential. There are too many songs and a few of them rather indifferent. But when it is good it is very, very good. You... > Read more 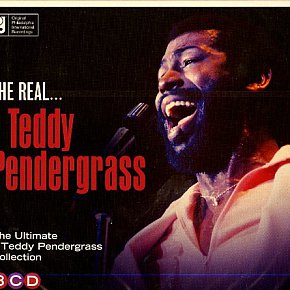 When the great soul singer Teddy Pendergrass was involved in car accident in early 83 which left him a paraplegic, he was at the height of his career as a crossover artist whose smooth style of bedroom ballads matched that of Barry White and Marvin Gaye. He had brought an emotional depth and sexual ache to many of his more recent songs (titles included Love TKO, Feel the Fire, I Can't Leave... > Read more

It's Time For Love 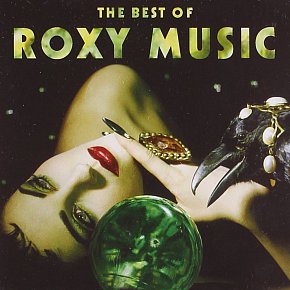 The career of Roxy Music was a game of at least two halves, what might call the innovative years followed by a gap then the sheen'n'polish of their second incarnation. It is the latter period -- hits like Avalaon, More Than This, Angel Eyes and so on -- which is perhaps better known because those songs were all over radio. And some of the more edgy material like Both Ends Burning and Love... > Read more 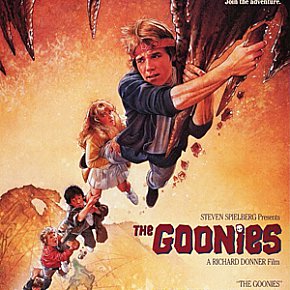 While it is neither Elswehere's interest nor place to advice anyone on how best to bring up children, we would be remiss if we didn't point out you might just be some kind of lesser parent or caregiver if your kids between eight and 12 have not seen The Goonies. You are denying them (and yourself) a whole lot of chilly fun of the old style: baddies are baddies, kids are fickle but smart,... > Read more 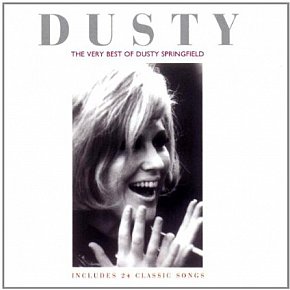 Some things have a longterm impact on an impressionable young teenage mind. So when my older sister said something like, "That's a man" when the heavily made-up Dusty Springield appeared on television some time in about '65, I could never look at Dusty the same way again. Not that looking at Dusty was important, it was what came out of her slight frame that counted . . .  and... > Read more

You Don't Have to Say You Love Me 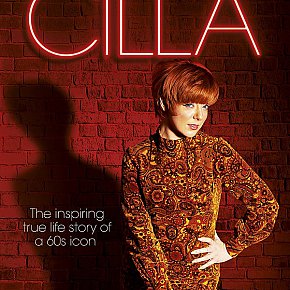 When Cilla Black died unexpectedly in August -- she was 72 but somehow seemed at least a decade younger -- the many obituaries focused predominately on her early years as a pop star (essentially just six years after '63) then telescoped her subsequent television life which lasted for decades. That was telling. Cilla Black was one of those rare people who endeared herself to a pop... > Read more 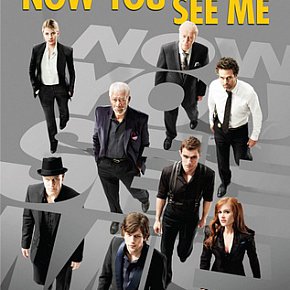 Although far too clever and CGI-heavy for its own good and, despite the star firepower -- of among others Mark Ruffalo, Morgan Freeman, Michael Caine sleepwalking again, Woody Harrelson smug'n'mugging it up and Isla Fisher -- this criminal mastermind-cum-magic and illusion flick will certainly pull you in. Because most of the time you'll be saying, "But why . . . ?" or "So... > Read more 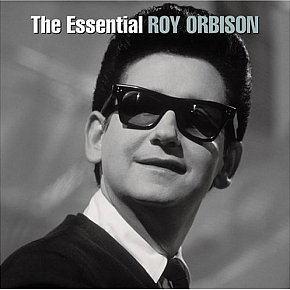 With his extraordinary range, a catalogue of original songs which (like Arthur Alexander) told often told interior monologue stories, personal tragedies hidden behind dark glasses and a mystique enhanced by so few interviews, the great Roy Oribison was as unique in popular culture as Johnny Cash, Leonard Cohen and Scott Walker. Few would try to cover Orbison's classic songs (Pretty Woman,... > Read more 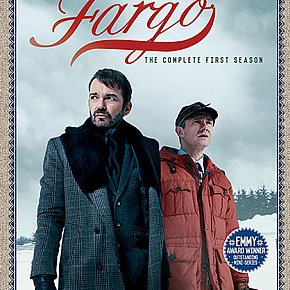 Just as the television series Fargo -- based on the Coen brothers much acclaimed mid-Nineties film of the same name -- started screening in New Zealand, a well placed television critic went into print asking why anyone would want to taint the reputation of the movie and indicated this would inevitably be something of smallscreen dog of a series. Well, that just went to prove that sometimes... > Read more 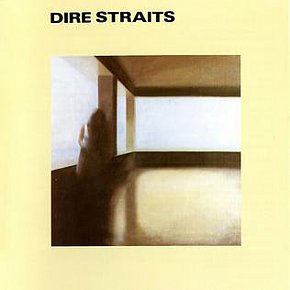 Although it's long been fashionable and indeed appropriate to dismiss Dire Straits -- sometimes however more for what they became than what they did, although the headband remains a low in pop culture -- it's worth remembering how fresh their debut album sounded at the time. Just as the music media was getting up a real head of steam on punk, Dire Straits arrived with tight songs, a... > Read more 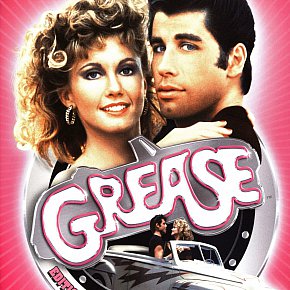 A fortnight ago when Grease appeared unexpectedly on our small screen we, the Elsewhere household, laughed at the terrible opening credits and thereafter -- both us -- were hooked. Neither of us had seen it in decades but had fond memories of how silly it was, but by the end we realized what we had missed all those decades in between. How clever it was too. Between the cheap opening and... > Read more 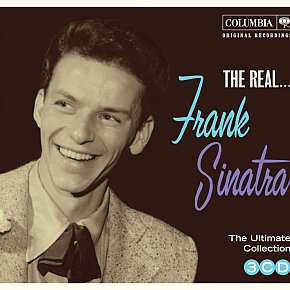 One of the most hilariously incongruous sights is to see the immaculately suited Frank Sinatra singing Jerome Kerne's Ol' Man River: the handsome young Frank with his manicured fingernails, spotlessly white tuxedo and styled hair singing, "You and me we sweat and strain, our bodies all achin' and racked with pain . . .". Just check out the clip and you'll see what we mean. And... > Read more 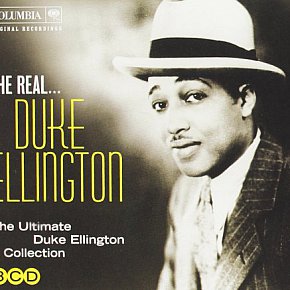 Many years ago I posted a piece about Duke Ellington under the heading "A genius, but not that great?" in which I referred to the argument by jazz scholar James Lincoln Collier. His thesis was that gifted though Ellington was in a number of areas he was not a genius in any, so therefore . . . I pointed out the flaw in this, but one reader took extreme exception and thought I had... > Read more 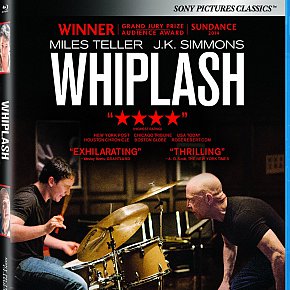 When this gripping drama about an aspiring young jazz drummer and his emotionally abusive tutor was released in cinemas last year Elsewhere warned that "jazz people" -- protective of their turf and picky in the extreme -- wouldn't like it. And sure enough . . . Most critics loved it (as did audiences) but inevitably there were articles saying no self-repecting young drummer... > Read more 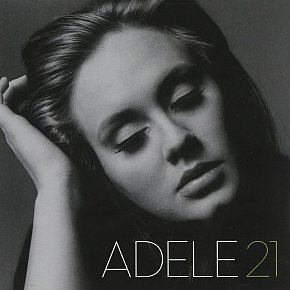 It's perhaps a little redundant to be suggesting this as a Bargain Buy, given about 30 million people around the world have already bought it. That probably means maybe one in every five New Zealanders has a copy . . . but wait because there is, literally, more. This was British singer Adele's major breakthrough although her debut album 19 in 2008 was a Grammy winner for best new... > Read more

Set Fire to the Rain