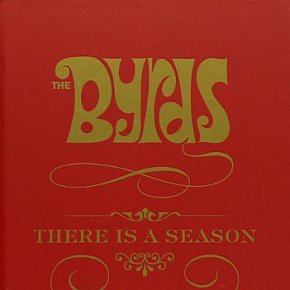 For most people the Byrds were a great singles band and there is ample evidence to support that view (Mr Tambourine Man, Turn Turn Turn, Eight Miles High, Ballad of Easy Rider and so on). For such folk there are any number of decent single CD compilations. Others however would also argue for their albums Fifth Dimension, Younger Than Yesterday and Sweetheart of the Rodeo, the latter... > Read more Bruce Springsteen's debut album Greetings From Asbury Park, NJ released in early '73 sounds far too wordy, steeped in post-folk Dylan and try-hard street poetry to be of much interest today. It was filled with promise but only a few songs realised it. The follow-up later that year however -- this album which often boils with boisterous energy -- coupled all the best of the debut with... > Read more 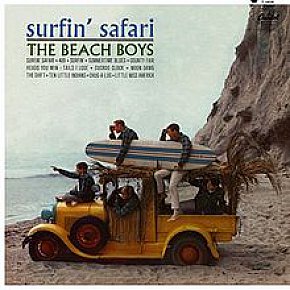 While sensible folk agree that Brian Wilson was a song craftsman and produced work of genius in the mid Sixties -- the period which is one of the focal points of the current film Love and Mercy -- everyone has to begin somewhere, although it's fashionable to dismiss their surf albums at the start of their career. Critics don't surf, huh? And the clothes didn't ever look cool, and... > Read more 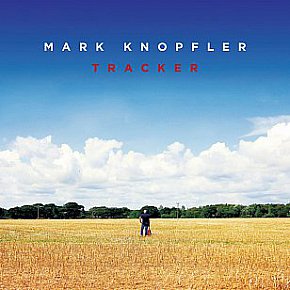 Although not quite the gem that its predecessor -- the highly recommended double disc Privateering from 2012 -- is, this single disc of downbeat and often wry observations from the former Dire Straits man confirms he still has a particular gift. It is in downbeat and wry observations . . . coupled with rather surreptitous tunes which ease their way into the subconscious. On this album he... > Read more 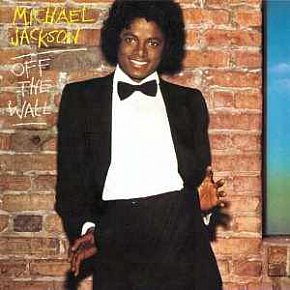 Although Thriller was the bigger album (about 60 million sold), Off the Wall (with a paltry 20 million or so) is just a whole lot more danceable fun. It contained the dancefloor fillers Don't Stop 'Til You Get Enough and Rock With You (the double-whammy openers), built a bridge btween Motown soul, slick r'n'b and disco (Working Day and Night and Get on the Floor, the two following tracks,... > Read more

Don't Stop 'Til You Get Enough 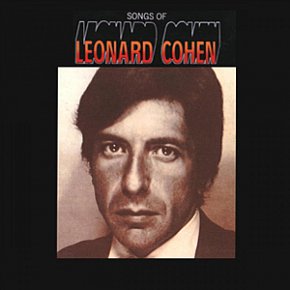 Given his cheerful stage demeanor these days it's a bit hard to reconcile Leonard Cohen with the man who was once referred to as Laughing Len or The One Man Joy Division on account of his serious, sometimes glum and melancholy songs. That reputation was largely based on his first albums, and especially this lovely debut from '67 which contains his classics So Long Marianne, Suzanne, Hey... > Read more 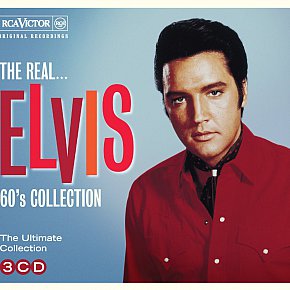 Although there is no shortage of Elvis Presley collections in the world -- indeed we've featured a few at the Bargain Buy in the past -- this one comes highly recommended for a couple of reasons. Too many people are quick to dismiss most of Elvis' catalogue in the Sixties because it was cluttered with knocked-off soundtracks songs . . . and it is rather hard to get excited about songs like... > Read more 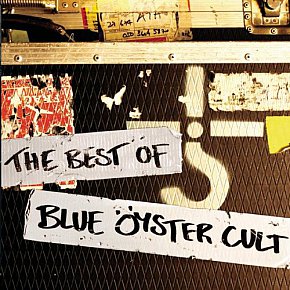 There are some bands and artists which are an obsession for some and go right by others. Recently I met a guy who had everything that Todd Rundgren had ever done and I felt slightly ashamed that I only had about a dozen albums and maybe 15 CDs. This guy had a Wall of Todd. I suspect Blue Oyster Cult -- who exist on the tightrope between hard rock and concise prog -- are one of those... > Read more 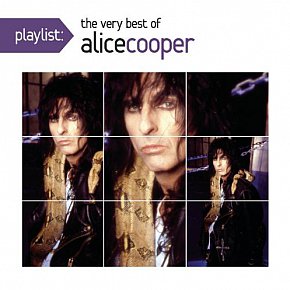 Although this 14-song collection falls far short of its title -- classics like I'm Eighteen, Billion Dollar Babies, School's Out and No More Mr Nice Guy are all live versions from his '95 album Classicks -- this does at least cover some pretty decent territory, albeit drawn from a fairly narrow period. Opening with Feed My Frankenstein (co-written with Zodiac Mindwarp) and House of Fire... > Read more The Count Basie Orchestra -- which plays a short New Zealand tour in a fortnight -- must be one of the longest running jazz outfits anywhere. In the current line-up they have players appointed by Basie himself, who died 31 years ago. Most musicians don't get into the band on their way to somewhere else, they get into the Basie band because that's where they want to be. And they stay, often... > Read more 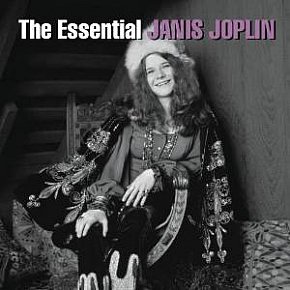 Seeing Beth Hart work herself into a sweat just two songs into her set at the Powerstation recently was a reminder of a time when women singers were real rock'n'roll blues belters. Hart -- who played Janis Joplin in a theatre production -- comes from that lineage and seems almost an anachronism these days when so many young women affect the role of a fragile naif. Singers like Hart,... > Read more 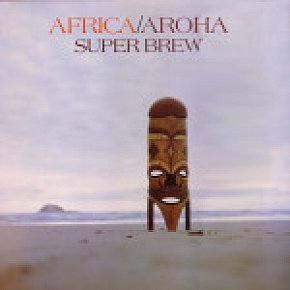 When, just five years ago, this innovative and enjoyable album from '87 was given an "at last!" reissue on CD, Elsewhere used it as an example of how exciting New Zealand jazz had been in those times. The jazz scene in Auckland has become more vibrant in the years since, but this album still holds attention for its lively criss-cross of African sounds (treatments of Abdullah... > Read more This struck me as funny: shortly after posting a front page mention of "the most famous line-up" of Fleetwood Mac playing New Zealand dates I got a sharp e-mail from a fellow who said, "Fleetwood Mac were famous before those Americans joined". Leaving aside the difference between "most famous" and "famous" -- and I maintain the line-up with "the... > Read more

The World Keep on Turning 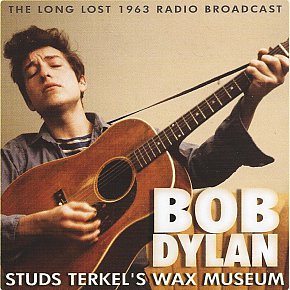 There are an interesting number of radio and live broadcasts of the young Bob Dylan becoming available these days (like this, this and this), presumably because the songs are out of copyright . . . or that in an era drowing in illegal releases the owners of the tapes figure they might just as well go for it too. This hour-long radio session recorded in April '63 finds the young Dylan... > Read more It's not because I was born in Scotland that I like a bargain, it just that . . . I like a bargain, as I think most people do. So when I see four CD set -- like this one -- at a ridiculously low price I am immediately attracted and start scanning the track listing to see if it is worth even the paltry sum they are asking. Well, across these 68 songs there are certainly choices most of... > Read more

Surfing with the Alien A curious thing happened recently when -- in separate incidents -- I spoke with some young people and then others my own age and the subject of Dave Dobbyn's long career came up. Both groups were well aware of his time with Th'Dudes and of course Loyal and Welcome Home etc, but his lengthy middle years (as it were) of the Nineties seemed unknown territory. I mentioned his Twist album... > Read more

What Have I Fallen For Having seen Taylor Swift at Auckland's Vector Arena about 18 months ago (and going in know maybe one of her songs and far too much about her "private life") this Bargain Buy recommendation comes with admiration for her writing smarts. Her Red show was spectacularly good in terms of staging, her contact with the audienc and how she kept the costume changes fast and the momentum... > Read more 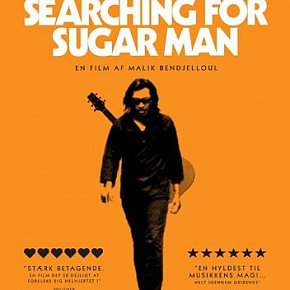 To be honest, for reasons I could never quite understand this doco about Rodriguez really took off. Was it because people hadn't previously heard of the guy (they should have been reading Elsewhere, see here) or actually thought he was dead? Anyway this musically erratic, Dylan-influenced, Feliciano-on-acid singer-songwriter from Detroit in the Seventies got his bio-doco when a couple of... > Read more Although the title of this collection might seem to oversell itself, and these 60 songs come with no liner notes, you set all that aside because of the consistent quality of the content and the cheap entry price. The sound of Western Swing can be as lively as a barn dance, as sophisticated as jump jive and small ensemble jazz, and as downhome as corn bread on the back porch. A melange... > Read more 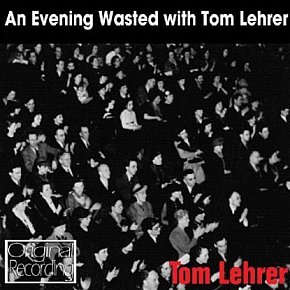 In one of the university courses I take, I spend a couple of hours on a lecture under the title -- lifted from Frank Zappa -- "Does Humour Belong in Music?" The general point is that most contemporary musicians take themselves so seriously that we can barely imagine them cracking a smile let alone writing a funny song. Talking to you Chris Martin et al. Yet humour has been a... > Read more