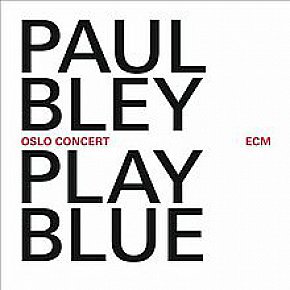 It seems absurd to say it -- but others have -- that this solo concert in Oslo by pianist Paul Bley is a career highlight. Absurd, because at the time of this recording in 2008 he was 75. But this astonishing tour-de-force finds him freely improvising in a way that is filled with daring runs, endlessly melodic extrapolations from the smallest of ideas and a muscularity leavened by an... > Read more 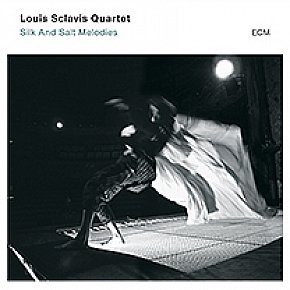 By any measure this is an unusual album from French clarinettist Sclavis with guitarist Gilles Coronado and keyboard player Benjamin Moussay (who worked together previously as the Atlas Trio). Part jazz-improv, some pieces which seem more like fragments from soundtracks, and melodies which are firmly from the "world music" camp, this makes for a slightly scattershot experience.... > Read more 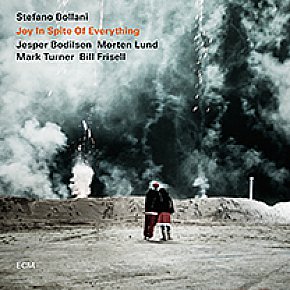 Although this album gets credited above to the witty, inventive and very lively Italian pianist Stefano Bollani (familiar from albums with trumpeter Enrico Rava), the Danish rhythm section of bassist Jesper Bodilsen and drummer Morten Lund will also be known to followers of the ECM label (again through the Rava connection) . . . although perhaps not as familiar as the other two players, the... > Read more

No Pope No Party 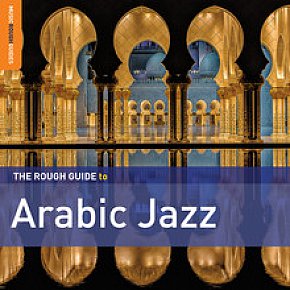 Here's a double disc -- a customary, intelligently compiled Rough Guide collection plus a bonus disc -- which might just as easily have been filed under our extensive World Music pages. But yes, this is bona fide jazz with an Arabic twist where the exotically beautiful oud and earthy wind instruments share space with rounded Western trumpet tones, grounded acoustic bass and drummers... > Read more 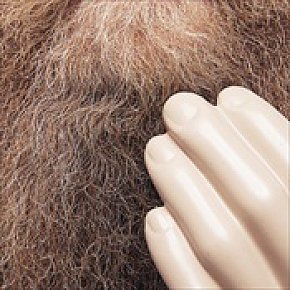 Among the many reasons to pay attention to, and respect, British pianist Cowley is this: a few years back for a tribute record to the Beatles' "White Album" he did a version of . . . . Revolution 9. Now those who know that tape slice-up piece might be laughing about now and throwing the word "impossible" into the ether. But if you care to listen to it, here it is.... > Read more 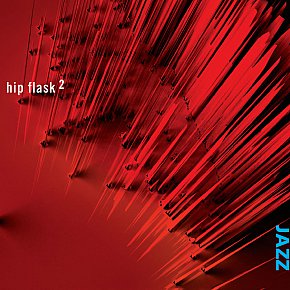 I suppose it was always thus: Every generation of jazz players would complain about the music of their successors, whether it be big band swing, bebop, Third Stream, free jazz, fusion . . . I've certainly heard my share of gripes from jazz musicians who felt they weren't get enough attention when their juniors were being acclaimed. That acclaim probably happened to them too and their... > Read more 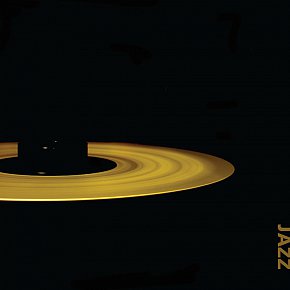 I'm sure I'll be forgiven if I don't repeatedly type out the name of this Australian trio who appear on New Zealand's Rattle Jazz imprint. For convenience and our sanity I'm going to refer to these guys -- guitarists James Brown and Sam Cagney, drummer Stephen Neville -- as YY. Brown has appeared at Elsewhere previously (here) but this is a very different context again as this... > Read more 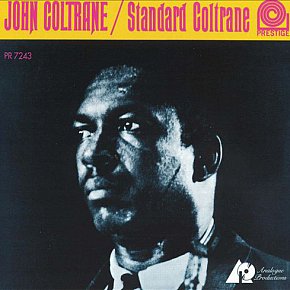 When this album was released by Prestige in 1962, the great saxophonist John Coltrane was signed to the Impulse! label but wasn't keeping his end of the two-albums-a-year for that label. He was exceeding it . . . and producer Bob Thiele of Impulse! said the label took him (Thiele) aside and explained he and Trane were recording albums faster than they could release them, and that meant a... > Read more 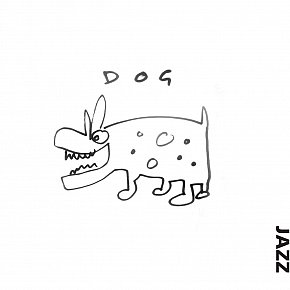 And just when you thought local jazz releases could not get any better . . . The previously considered Rattle Jazz album Dark Light (by Jonathan Crayford, Ben Street and Dan Weiss) really set a high bar, but this one -- a prior release on the label, by just a few days at a guess -- sets its compass in another direction entirely. As a post-bop album with pianist Kevin Field and Roger... > Read more 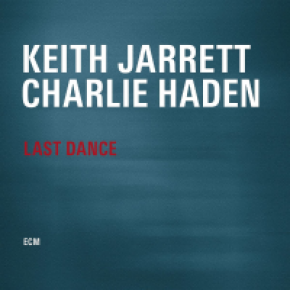 What a sad set of coincidences, this duet album with pianist Keith Jarrett was released internationally two days after the great bassist Charlie Haden died. Now look at its title. And the final piece of the nine is their soft and considered treatment of a Gordon Jenkins tune . . . Goodbye. Haden was the arguably the most important and innovative (and musically daring) bassist of his... > Read more 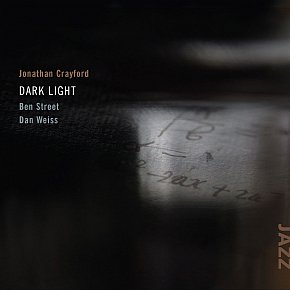 Since Auckland's Rattle label signed a deal with Wellington's Victoria University Press (VUP) it has become alarmingly productive. Albums -- especially those on the Rattle Jazz imprint -- are starting to appear at what seems like one or more a month. But that's not a complaint because the label's standards are impeccably high, and this piano trio album lead by the multi-faceted Jonathan... > Read more 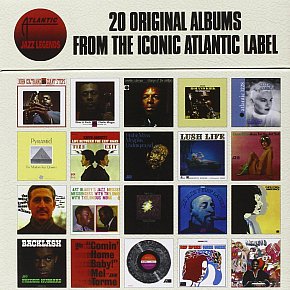 In a recent informal conversation with an American singer, the topic turned to the old debate: vinyl, CDs or mp3s? She said, of course she preferred vinyl . . . but I sensed a hesitation in her voice and said as much. She laughed and then admitted . . . actually, she preferred CDs but you weren't supposed to say that because everyone talks about the superiority of vinyl. But, she... > Read more 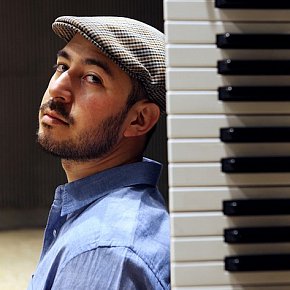 The day we speak to Mark De Clive-Lowe – expat keyboard layer, multi-instrumentalist, producer and remixer – it's in a Grey Lynn cafe and he is on a flying visit home. It's a Friday morning and he arrived just 24 hours previous from Japan where he'd played two shows, within eight hours he's going to back on a plane heading home to Los Angeles where he has lived for the past... > Read more 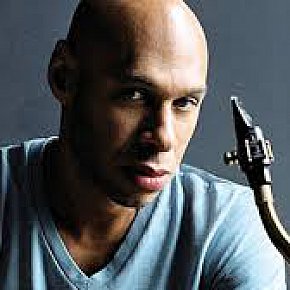 Joshua Redman – born in 1969 and the pre-eminent jazz saxophonist of his generation – sounds slightly embarrassed when it's suggested, given his age, he maybe had Kiss posters on his bedroom wall when he was at school? “Actually, I never got into Kiss,” he laughs. “It was Prince or Michael Jackson. The Police was a big band for me, and early hip-hop like... > Read more 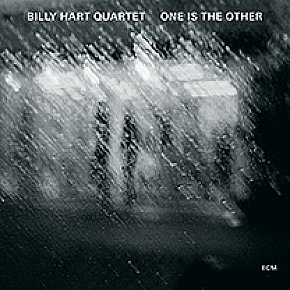 Although drummer Bily Hart seems to have been around since jazz was a young man -- he's now 73 and played in soul bands behind Otis Redding and others before seriously embarking on the jazz route -- this is only his second album for ECM after the rather patchy All Our Reasons in 2011. But despite being on hand in the past for some muscular Miles Davis funk (On the Corner), as well as... > Read more 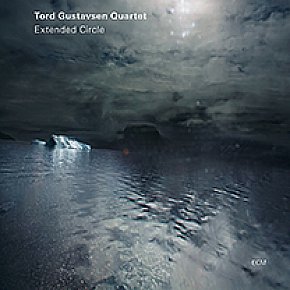 Norwegian pianist Gustavsen has made sometime entries at Elsewhere previously, his most notable being the exceptional Being There trio album (with bassist Harald Johnsen, drummer Jarle Vespestad) which was one of our Best of Elsewhere 2007 albums. But where that album was about quietude, this one with his quartet (now with bassist Mats Eilertsen plus saxophonist Tore Brunborg)... > Read more 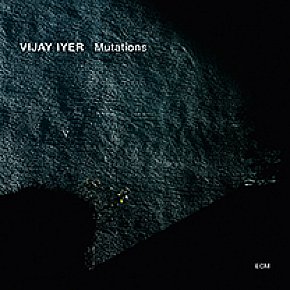 Pianist Vijay Iyer is not one to undersell himself and is certainly a genuinely intellectual guy but, as Elsewhere noted previously, you shouldn't let that come between you and his music. The border between jazz and classical music has often been fairly porous, especially at the ECM label, and that's the region Iyer occupies with this collection of pieces, 10 of which are written for... > Read more

German saxophonist Peter Brotzmann – on a short solo tour early next month – recalls the only other time he was here. In the Eighties he and bassist Peter Kowald offered their muscular, free-form jazz improvisation at a time when “there was no audience for this music in New Zealand”. “I remember playing Christchurch and after the concert – and it was... > Read more 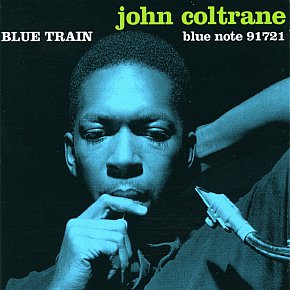 Although most of saxophonist John Coltrane's career was on Prestige and especially Impulse!, in September 1957 -- making good on a handshake promise the previous year -- he was loaned by Prestige to the Blue Note label. This was a practice which writer William Ruhlmann noted in his '95 Goldmine article on Coltrane's career, "a no more unusual matter in the small jazz world than the... > Read more 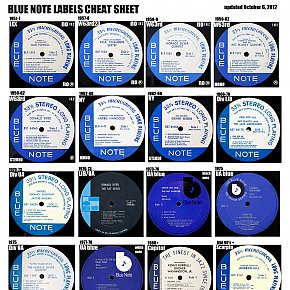 In early January 1939 Alfred Lion – a 30-year old emigre from Berlin who had moved permanently to New York just two years previous – took the boogie-woogie pianists Meade Lux Lewis and Albert Ammons into a Manhattan recording studio he'd hired for the day. He could not have guessed that he was about to shape the future of jazz. Lion had little idea of how to... > Read more