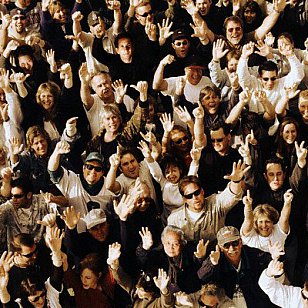 If you're lookin' for trouble, you've come to the right place, sang Elvis.

And indeed I was when it came to my Best of Elsewhere 2011 albums list.

As always – and rightly so – everyone has their own “best” albums list. Sometimes the readers' selections crossed over with mine (which are here) but, as expected, astute listeners heard what I didn't.

So here is what some Elsewhere readers have come up with . . . Some are on my list (marked +) and where they have chosen albums I wrote about during the year but which didn't make my list, I have provided a link to the Elsewhere review.

(In my top 30 I sidestepped reissues and compilations incidentally.)

But looking at what people have said, all I can think is . . . Man, am I slipping!

Both so stunningly good, unique etc...

From Peter: Whose music you can check out here (with links to his blog etc)

Love that you've got Charles Bradley in there, that is a superb album. He's playing in Oz in March, really hope someone brings him here too.

Maybe I wasn’t paying enough attention (if so I am going to blame my 18 month old, the Rugby World Cup, and the recent tyranny of SoHo), but I found 2011 quite a lean year for great albums.  But it also didn’t help that I was disappointed in the releases of some former favourites (eg Bon Iver, Okkervil River, Horrors).

1. Beth Hart & Joe Bonamassa - Don't Explain
2. Various - Delta Swamp Rock (I'm not sure if this qualifies as it was not on the list but it was posted in May 11 but still is one of my favourites of the year)
3. Joe Bonamassa - Dust Bowl
4. Tiny Ruins - Some Were Meant for Sea +
5. Gin Wigmore - Gravel & Wine +

(Who also says, “I see Polly Jean is no 1 in both Mojos and Uncut's top 50. I got it a while ago, played it once, wondered what all the fuss was about and have not played it again. Maybe I should try it again.)

I was tempted to put in the bonus disc from ‘Some Girls’, But hardly new new music. Been a good year for my type of music.

Lucinda Williams; Blessed: Only a small handful of artists can do no wrong for me. Lucinda sits firmly in that category.  Almost every song a gem of song writing, lyrics that say stuff that talks straight to me +

Rumer Seasons of My Soul
Just sooo nice!  The same kind of slot that Nora Jones's first album had all those years ago, falling back into the sofa and just letting it run all around me. +

Will Crummer & The Rarotongans  Shoebox Love Songs
I adore this album!  Has probably had more plays than anything else this year, and the memories of childhood, the sounds of the Pacific, the exuberance of it all combine to make me smile whenever it plays. Should have done for the music of the Pacific what Buena Vista did for Cuba!  Wonderful back story, sublimely handled production, and just the right packaging.

Over The Rhine : The Long Surrender
An album that feels as if it's been around for a long time ... songs that are gorgeously familiar, reinforcing a huge admiration I have for them

Buddy Miller, The Majestic Silver Strings
Up there with T Bone as one of the guys who seems to be responsible for so much! Making the old ways new again! Loved the full bodied, unashamed nostalgia, in the best sense of the word, that he brings to this

Mickey Newbury, The American Trilogy
I'd been kind of aware of him, but this blew me away.  What a dude!

Tiny Ruins Some Were Meant For Sea
Wow, a gem, had never heard of her, and this won me from the very first listen.  Kinda like Jolie Holland, but not at all!  So distinctive, would love to see her live and so look forward to what comes next. +

Jolie Holland and the Grand Chandeliers: Pint of Blood
She's so Quirky, but the songs get under the skin ...

Beth Hart and Joe Bonamassa: Don't Explain
I loved this, there's an immediacy and raw energy to it that is just perfect.  Not many CDs on first play, get cranked up to as close to neighbour annoying levels as i dare, but this one did!

Tom Waits: Bad As Me
Numero Uno, Top of the heap, Outclasses everything and everyone else, League of his own, step right up step right up, The master is in the house ...  Fuckin amazing, and the first time a bonus disc has been pure treasure, everything on it deserves to be a part of the album.  Even a new song for my funeral list. +

Disappointing?
The Felice Brothers  Celebration, Florida
They kinda got all ... complicated here!  And I loved them for there lack of complication! Damn

Seasick Steve: You Can't Teach an Old Dog New Tricks
Old Dog, Old tricks ... thought he might have had more strings to his bow, and a way of staying fresh ... but maybe you just see what you get first time around.  I suppose that hoping he could sustain the thrill across 3 albums was just expecting too much ...

The Sami Sisters: Happy Heartbreak!
Really wanted to like this!  Such talent, such a cool attitude, but felt that from the cover inwards they just got it wrong .....

Jeff Bridges: Jeff Bridges
I suppose I was after Crazy Heart Part 2, and as you rightly point out, this was never intended as that.  You talked of "real sinew & emotional depth" and I really wanted that, but ended up feeling there was something vaguely half hearted here.  I do still listen to it, but I haven't been won by it as I had hoped to be.  Expectation is a curse ...

Guy Clark: Songs and Stories
I am a huge fan.  This man is probably my favorite songwriter, and the title alone made me get it from itunes on release day, because I wanted the stories ....  but they really aren't there in the depth and vigour I had hoped for.  I realised that this man's songs ARE the stories, so they don't need much talking about, so again, it's quite probably my expectations of the album that are askew.  I wanted Guy in my sitting room, telling me stories.  Instead i got slightly tired renditions of favorite songs ... ah well, he is 70 ... and he has such a wonderful body of work.  But not in the same league as Leonard Cohen's live return, or Randy Newman's

Not On Your List ...
Gillian Welch The Harrow & The Harvest
Up there, almost, with Bad As Me.  Such huge anticipation for me, as she is a star in my universe, and one of the most engaging live performers I have seen.  And this didn't disappoint on any level. Ten lovingly crafted songs played by maestros. Sublime.
I saw a good little article during the year of The Defining moments in Contemporary Music History, or some such grand title, and on the list was "The day Gillian Welch met Dave Rawlings" and I have to agree.  I can't think of two people who work so intimately together with such a finely tuned affinity to make music that elevates me.

Alison Krauss & Union Station Paper Aeroplanes
Not an earth shattering album, but they are so very good at what they do, and this album doesn't seem to have any weak points for me.  That's a kind of ... caged endorsement, but there you go!  Still on my best of list!

Randy Newman Live in London
I loved this!  revisiting all his classic material, and doing what I am told he is an absolute master of; engaging 100% with his audience with wonderful humour and good grace.  I have listen again and again, and I reckon it's a ferkin brilliant live album.

And the last word goes to the great Ozzy Osbourne, as passed on by Ian: “Christmas is a time for remembering. So that's me fucked."

Ah,so Elton and Leon and Tom Jones were 2010-Off the list and add Jeffrey Faucault 'Horse Latitudes' and 'Rumer' Seasons of Soul'.

Thank you to all those guys who care about music. You've given me a lot to catch up on, I haven't listened to nearly enough this year . That's my excuse - why no women contributors?

I honestly cannot post any faves as I've only bought two 2011 releases this year but I will say merry Christmas and a happy new year to you all. Hope Santa brings some groovy sounds! :)

Yes to all the above but I defy anyone to tell me this is NOT the catchiest tune of the year... and the guy is 63! 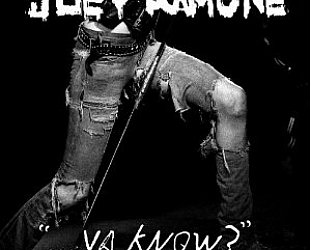 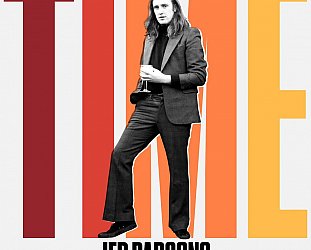